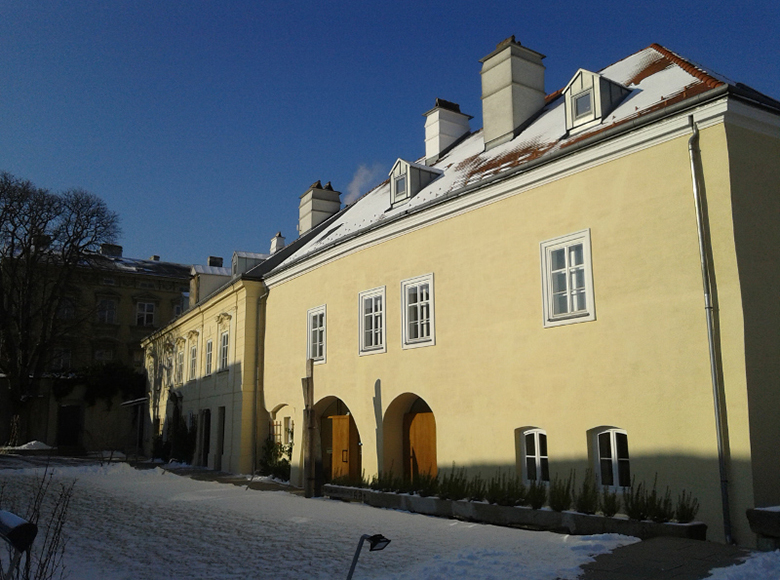 The KLI on a beautiful winter's day. Photo: Wim Hordijk.

Earlier this year, the inaugural workshop of the EES Project was held at the Konrad Lorenz Institute (KLI) in Austria. The KLI is a private and independent research institute with a focus on the development and evolution of biological and cultural complexity. Housed in a beautiful baroque building in the medieval town of Klosterneuburg, it offers a place to think outside the box, escape the usual academic constraints, and work on unconventional ideas.

Konrad Lorenz was an Austrian Nobel Laureate and one of the founders of the field of behavioral science. In his later years, Lorenz was part of a study group that would meet regularly at his family’s mansion in Altenberg, a small village along the Danube, near Vienna. Lorenz died in 1989 (at the age of 85), and had made it known that he wanted this study group to continue. With the help of funding from a private trust, the Konrad Lorenz Institute for Evolution and Cognition Research (KLI) was founded in 1990 by Rupert Riedl, then Professor of Zoology at the University of Vienna, and an active member of the Altenberg study group. Initially the institute was housed in a part of the Lorenz mansion. In 2013 it moved to the town of Klosterneuburg, closer to Vienna, into a renovated and expanded historical building which, at various times, was used as a farm, a winery, and the seat of the abbot of Kremsmüster. The institute’s current president is Gerd Müller, Professor of Theoretical Biology at the University of Vienna, and a former graduate student of Rupert Riedl and member of the original Altenberg study group.

The KLI is an institute for the advanced study of natural complex systems. It does not offer permanent positions, but operates on the basis of fellowships. However, since the institute is private, there are no distractions such as a heavy teaching load or administrative duties. In fact, the KLI encourages the pursuit of unconventional (but nonetheless promising) science for which there is often no time or appreciation, not to mention funding, in the more mainstream academic institutions. There is also a large emphasis on philosophy of biology, addressing important questions in evolution and development that are often too easily neglected or glossed over by practicing scientists.

For example, current biological research is highly gene-centered. How often do we read in the news that scientists have discovered a gene for this or that? Usually this means that those scientists have found some correlation between the level of expression of a gene and, say, the presence or absence of a particular disease. For a pharmaceutical company this may be sufficient, as it can be used to develop (and justify) a profitable drug by suppressing the expression of that gene. But from a scientific point of view very little progress has been made, as it does not increase our understanding of how that gene causes that particular disease, whether it is the only cause of that disease, or whether that same gene might not also influence some other trait (and therefore suppressing it might not be such a good idea).

Similarly, in evolutionary theory most explanations and predictions are based on population genetics, a formal mathematical theory. Imagine that one individual in a population of, say, rabbits has a random mutation that confers some fitness advantage over the rest of the population. For example, perhaps it can run a little faster than others, or it becomes more attractive to potential mates. Population genetics can accurately predict how quickly this new adaptation will spread through the population, given the magnitude of the fitness advantage it confers. This is of course very useful, e.g. for predicting (and thereby hopefully also helping to prevent) the spread of a new virus. But this does not explain how that particular mutation caused the (presumed) fitness difference, or why the magnitude of the fitness difference is what it is, and not some other value.

In fact, there is a large and still poorly understood black box called biological development & organization in between genes and phenotypic traits (such as the ability to run fast, or propensity to get a certain disease). Current evolutionary theory mostly ignores this black box. This does not mean that the current theory is wrong. In fact, it has proven its usefulness and accuracy in many cases, and clearly genes are important. However, as the above examples indicate, evolutionary theory is arguably still incomplete, as it does not fully explain cause and consequence in evolution at all levels of interest and importance. As philosopher Ron Amundson puts it: “In order to achieve a modification in adult form, evolution must modify the embryological processes for that form. Therefore an understanding of evolution requires an understanding of development.”

Much of the research that is being done by fellows at the KLI addresses these issues in one way or another. For example, on the developmental side some researchers are trying to elucidate and understand the actual dynamical processes (rather than just the genes or gene networks) that generate the segmented body plan of insects such as the fruit fly Drosophila melanogaster. They then also relate their findings to these organisms’ evolutionary history. In particular, the dynamics of gene expression levels over time are visualized and studied using so-called phase portraits. This is a useful tool from dynamical systems theory which shows what the different steady states are that a given dynamical system can reach, and in which one it will actually end up, and via which trajectory, given where it started. 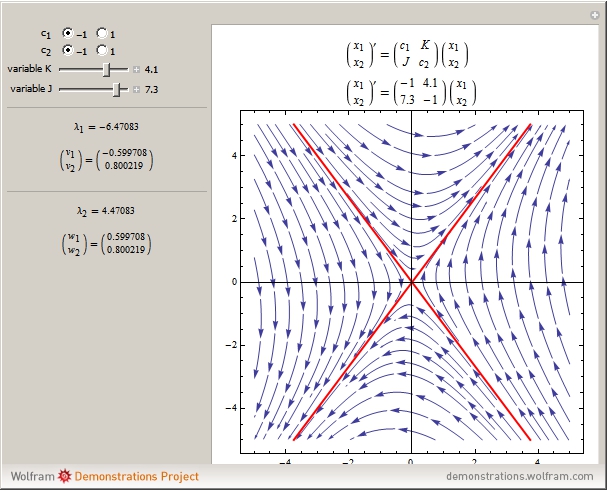 These mathematical studies have revealed that there are two very similar dynamical systems underlying two very different modes of segmentation (parallel vs. sequential). This explains why it has been relatively easy for evolution to switch back and forth between these two different ways of making body segments, an observation that is supported by phylogenetic studies of related insect species. Moreover, what these results seem to imply is that genes, rather than controlling the entire developmental process step by step, mostly determine the particular shape of the system’s phase portrait, with environmental factors setting the initial conditions, which then together largely determine the developmental trajectory the system follows. This provides additional (and alternative) insights into the role of genes in development.

From a more philosophical point of view, several KLI fellows are working on questions such as how to best infer and model causal relationships in evolution (beyond mere statistical correlations), or what constitutes an individual organism. Causal modeling is a relatively new mathematical framework that allows one to infer actual causal relationships from experimental and statistical data. This provides a useful tool to determine whether (and how) phenomena such as phenotypic plasticity or niche construction can also have causal effects on the course of biological evolution, next to genetic variation.

Furthermore, current evolutionary theory relies heavily on the concept of an “individual” (as a unit of selection). However, this concept becomes rather fuzzy once you try to define it more precisely. For example, criteria for what counts as an individual organism can be drawn from evolutionary biology, physiology, developmental biology, or ecology. Unfortunately these different criteria often provide different answers. Moreover, a biological organism is an ongoing, developing process. All the cells in your body are replaced several times during your lifetime, so are “you” as an individual still the same? Is a caterpillar turning into a butterfly still the same organism? These questions are important also for how we think about and study evolution.

Yet other fellows are going all the way back to the origin of life, the very beginning of biological evolution, but from the point of view of a dynamical network of interacting and cooperating molecules, rather than the more common (but limited) view of life starting with a few selfish “naked” genes. Life is more than the collection of its constituent molecules. It depends heavily on how these molecules interact with and functionally depend on each other, i.e., how they are organized within an intricate chemical reaction network. The concept of autocatalytic sets tries to capture this notion of life in a formal way. This modeling framework has been used successfully to show that mutually cooperative and self-sustaining molecular reaction networks are highly likely to exist within random chemistries, and to study existing chemical and biological examples of such autocatalytic sets in more detail. It thus provides a plausible “metabolism first” alternative to the still dominant “genes first” paradigm in origin of life research. 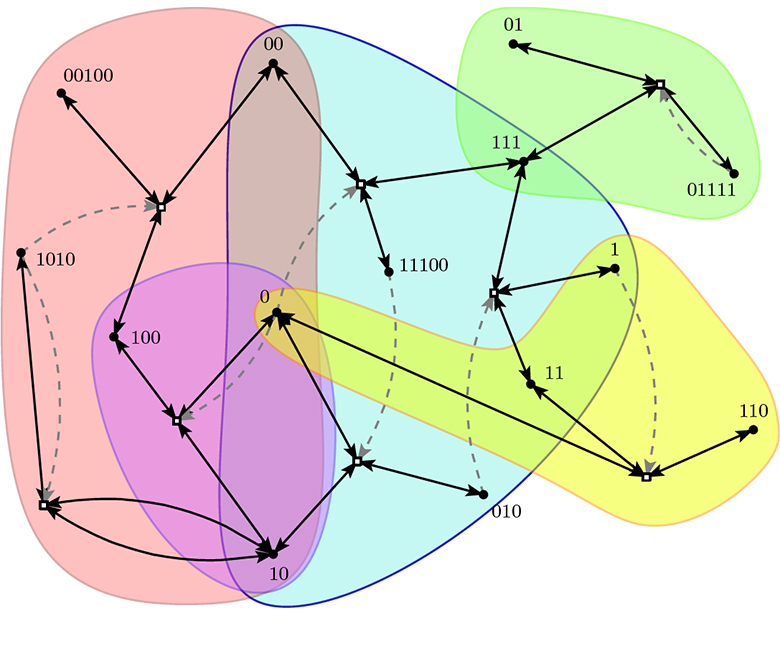 The stimulating environment at the KLI, not driven by competition and the demands for quick results, but by a sense of curiosity and interdisciplinarity, facilitates and encourages this kind of research. It is indeed an unconventional (but open-minded) place for unconventional (but innovative) science. A place where evolutionary scientists can study alternative causal mechanisms, beyond genes and statistical correlations. A place where evolutionary thinking itself is allowed to evolve.