by Nicholas A Levis 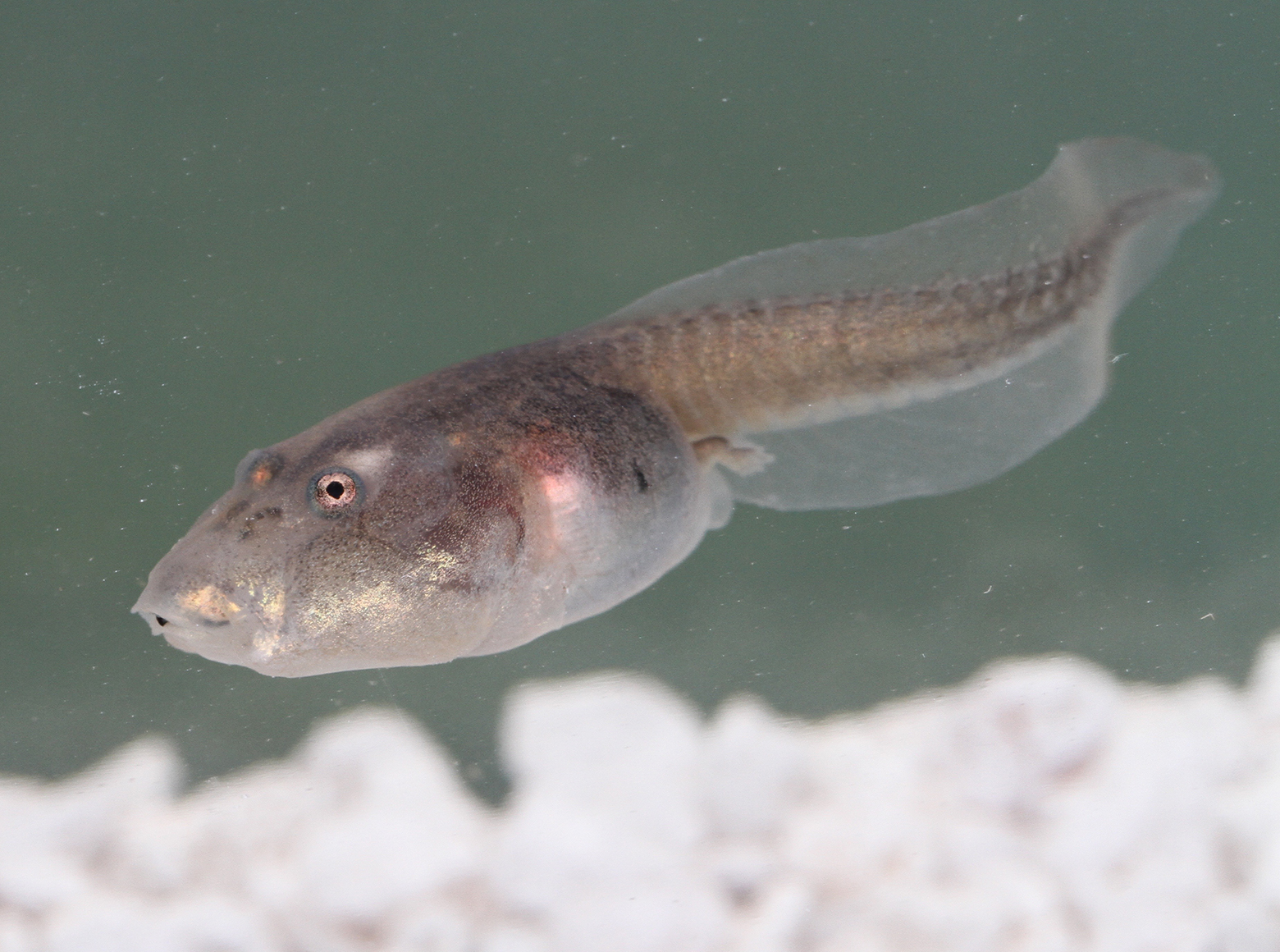 The question, “Where do new traits come from?” has long puzzled evolutionary biologists. New traits are often assumed to arise exclusively from genetic changes – including, but not limited to, mutations in regulatory sequences or gene bodies, inversions, and gene (or genome) duplications. Mary Jane West-Eberhard formalized a hypothesis in which the evolution of novelty can begin with new mutations or with environmental perturbation in her 2003 book Developmental Plasticity and Evolution. Indeed, the interchangeability of mutation and environment on phenotype production has a long history (e.g. Drosophila phenocopies). Despite West-Eberhard’s emphasis on adaptive evolution starting with mutation or environment, the aspect of her hypothesis that has really taken off is the latter – when trait origin occurs because of environmental perturbation of development. Indeed, a growing number of researchers have begun asking if environmentally initiated phenotypic change (i.e., phenotypic plasticity) might initiate novelty.

This process, termed ‘plasticity-first evolution’ (hereafter, ‘PFE’), rests on the observation that plasticity often enhances fitness under stressful conditions. If heritable (e.g., genetic) variation exists in either the tendency or manner in which individuals respond to the environment, then selection can act on such variation and, over generations, improve this new trait’s functionality. In this way, selection can promote an adaptive change in the population through modification of either the form or regulation of an initially environmentally induced phenotype (what West-Eberhard dubbed ‘genetic accommodation’). Plastic responses thus precede – and may often facilitate – novelty. Essentially, plasticity might play an important role in evolution by ‘jump starting’ phenotypic change in an adaptive direction.

PFE may be a more common route to novelty than is generally recognized. Indeed, environmentally triggered novelties could have greater evolutionary potential than genetic mutations. First, changes in the environment often impact many individuals simultaneously. In contrast, a genetic mutation initially affects only one individual and its descendants. This widespread recurrence of environmentally induced novelties means that such traits are less likely to be lost through drift and are more likely to be tested in diverse genetic backgrounds, thereby facilitating genetic accommodation. Second, an environmentally triggered trait is automatically associated with the environment that triggered it. In contrast, a mutation occurs regardless of whether or not the organism is in an environment in which that mutation is advantageous. Consequently, environmentally induced traits are more likely to experience consistent selective pressures when expressed, which also facilitates genetic accommodation.

Despite its potential evolutionary power, PFE remains controversial because few tests have been conducted in natural populations. That is where our study comes in.

We tested if a plasticity-first scenario contributed to the evolution of a novel carnivore ecomorph found among the tadpoles of North American spadefoot toads. Specifically, we explored two critical predictions of PFE: that phenotypic plasticity was expressed in an ancestral lineage (Prediction 1) and such plasticity was subsequently refined by selection into a novel adaptive phenotype in a derived lineage (Prediction 2).

Spadefoot toads have become models for studying plasticity. Five species inhabit the western U.S. (Scaphiopus couchii, Spea bombifrons, Sp. hammondii, Sp. intermontana, and Sp. multiplicata) and two species inhabit the eastern U.S. (Sc. holbrookii and Sc. hurterii). Members of the genus Spea have evolved a unique ‘resource polyphenism’, in which their tadpoles produce alternative, environmentally induced morphs. Most anuran (frog and toad) larvae feed on detritus and microorganisms and possess small jaw muscles, smooth keratinized mouthparts, numerous denticle rows, and a long gut. Although Spea tadpoles develop these features by default (the ‘omnivore’ morph), they can also develop into an alternative ‘carnivore’ morph that is characterized by large jaw muscles, notched and keratinized mouthparts, few denticle rows, and a short gut. This carnivore morph is specialized for eating fairy shrimp and other tadpoles, and it is a derived, novel phenotype restricted to Spea. This distinctive carnivore morph can be induced by the consumption of shrimp or tadpoles. However, the frequency with which carnivores are produced – and how extreme they are – varies among species, populations, and even sibships. 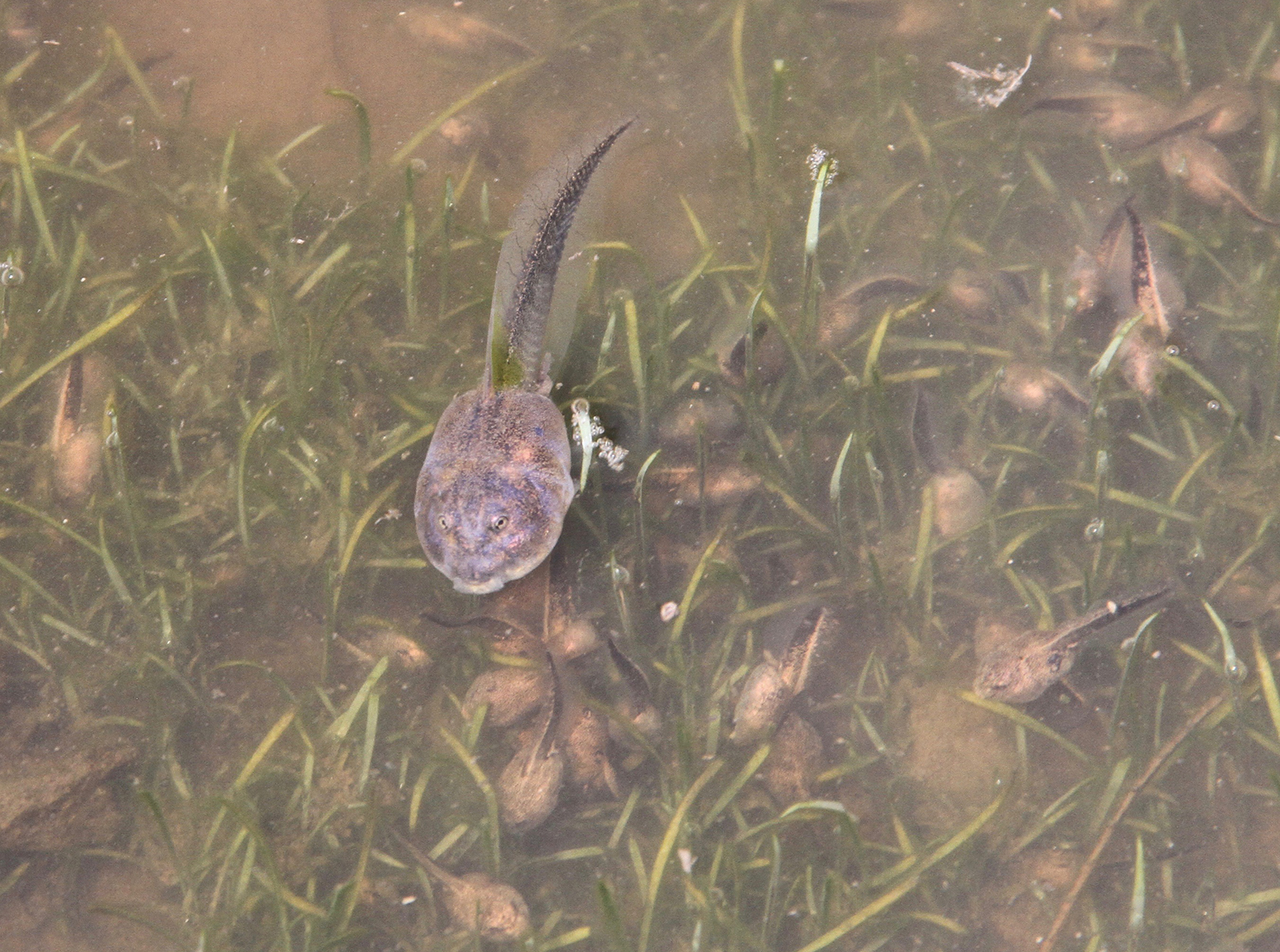 Our study, taken together with previous work, suggests that the carnivore morph might have arisen via PFE. First, this phenotype appears to have started out when selection acted on continuous, diet-induced plasticity in a non-polyphenic ancestor. Using Sc. couchii as a proxy for Spea’s ancestors (this species produces only omnivores in nature), a previous study from the Pfennig lab found that Sc. couchii tadpoles developed shorter guts when fed shrimp – a novel food resource for this species – than when fed detritus, suggesting that diet-induced plasticity was present in the ancestral state. This species also exhibited greater heritability in gut length when fed shrimp vs. detritus, suggesting that the derived stimulus (shrimp) uncovered cryptic genetic variation.

We elaborated on this previous work by exposing a different ancestor proxy species – Sc. holbrookii – to a shrimp diet (Sc. holbrookii do not consume shrimp in nature, but facultative cannibalism has been observed) and measuring more traits. Consistent with the diet-dependent plasticity seen in Spea, Sc. holbrookii reared on shrimp had shorter guts and fewer denticle rows than those reared on detritus. In addition, a gene that shows morph-biased expression in Spea showed diet-dependent expression in the expected direction in Sc. holbrookii. However, a shrimp diet produced keratinized mouthparts that were less carnivore-like and jaw muscle widths with no change in size in Sc. holbrookii. Likewise, several morph-biased genes exhibited expression opposite to that expected.

These findings indicate that diet-dependent phenotypic plasticity indeed preceded the evolution of the carnivore-omnivore polyphenism seen in extant Spea. In addition, many of the component traits of the polyphenism showed plasticity in a putatively maladaptive direction in Sc. Holbrookii. Recent findings from fruit flies and guppies suggest that such maladaptive responses should increase the strength of directional selection acting on these traits. If this directional selection was strong enough, it could potentially even revert gene expression. We suggest that a developmental correlation between maladaptive and adaptive responses can fuel genetic accommodation (that is, coordinated adaptive refinement) of the entire suite of traits. This is because genetic accommodation only ceases when form and regulation are sufficiently well coordinated for selection to relax or genetic variation runs out.

Even though we have found evidence for ancestral plasticity in traits that make up the carnivore-omnivore polyphenism, one could argue (as West-Eberhard and others have) that plasticity is the ancestral character state for most, if not all traits. Therefore, establishing the existence of ancestral plasticity may only be a formality for demonstrating PFE. Given the ubiquity of plasticity, making the case for subsequent adaptive refinement of an initially environmentally induced response may be of greater importance.

Therefore, we performed additional tests to establish adaptive refinement of the carnivore phenotype. From these, we found that: 1) Sp. multiplicata tadpoles experimentally reared on alternative diets showed a coordinated plastic response in morphology and metabolism that allowed them to grow equally well on shrimp or detritus; 2) diet-dependent genetic variation does not exist in Sp. multiplicata; 3) carnivore features are exaggerated in lineages that express the phenotype more frequently; and 4) Spea carnivore tadpoles have evolved a unique keratinized spike descending from their palate that is not present in Scaphiopus. Taken together, these results point to Spea having evolved an adaptive response to alternative diets, that the frequency of trait expression shapes phenotype refinement, and that ancestral plasticity works together with lineage-specific mutations during adaptive divergence.

Most evolutionary biologists would likely agree that a dichotomy between mutation-first and plasticity-first evolution is unlikely to hold up. Realistically, plasticity and new genetic variation work together as new phenotypes originate and diversify. Thus, the time is right to begin (or return to) taking an integrative view of how organisms respond to perturbation to their internal and external environments, and its implications for how new adaptations evolve.

In sum, our finding of ancestral plasticity and adaptive refinement of a unique carnivore ecomorph provides compelling support for the significance of plasticity-first evolution in driving evolutionary novelty. 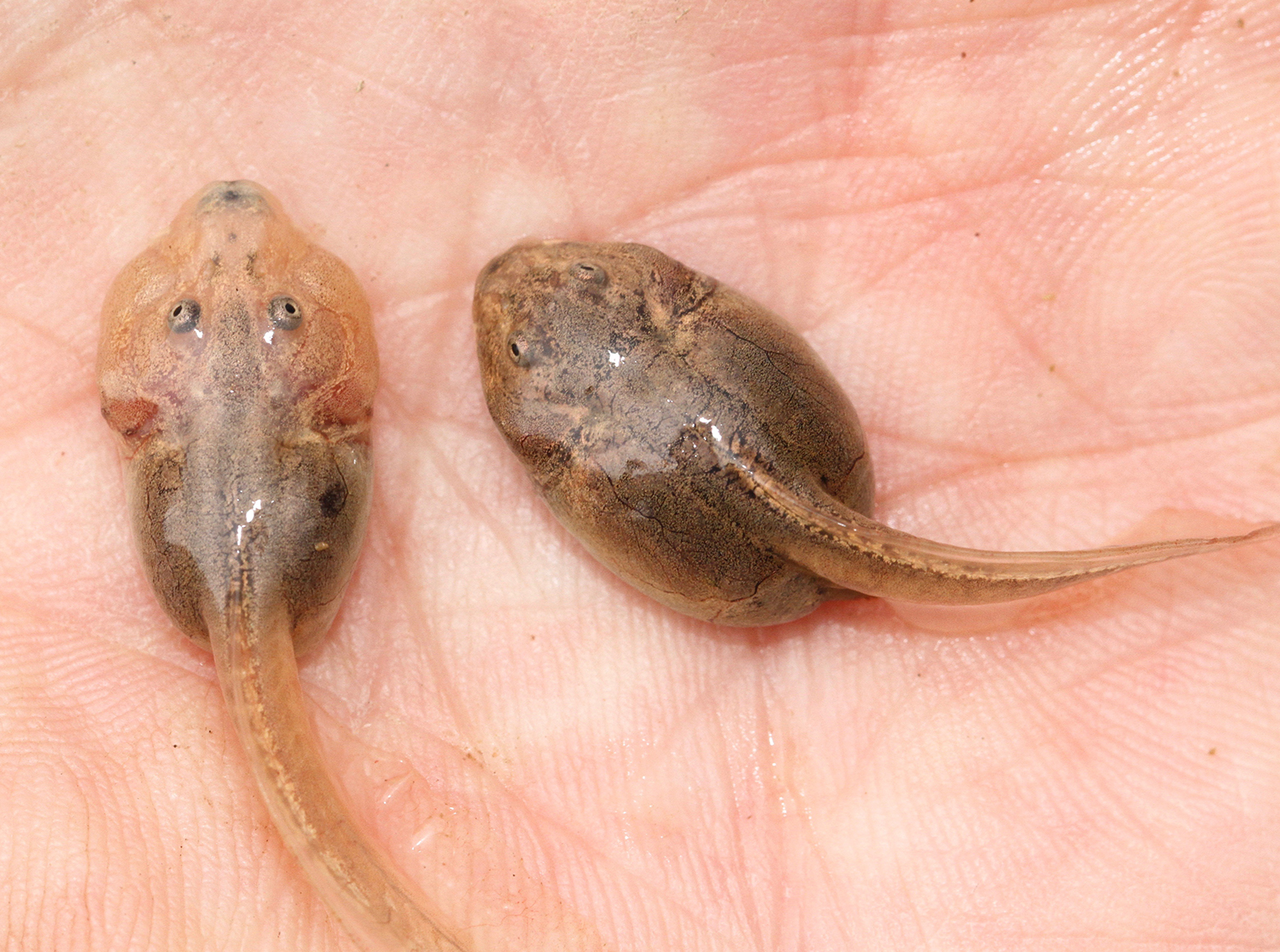 To learn more about how this study came about, read our Behind the Paper blog post: Levis NA. 2018. Phenotypic plasticity & the origins of novelty. Nat Ecol Evol Community Blog.

To learn more about the study system and our research, visit our websites: Pfennig Lab and Nicholas Levis.