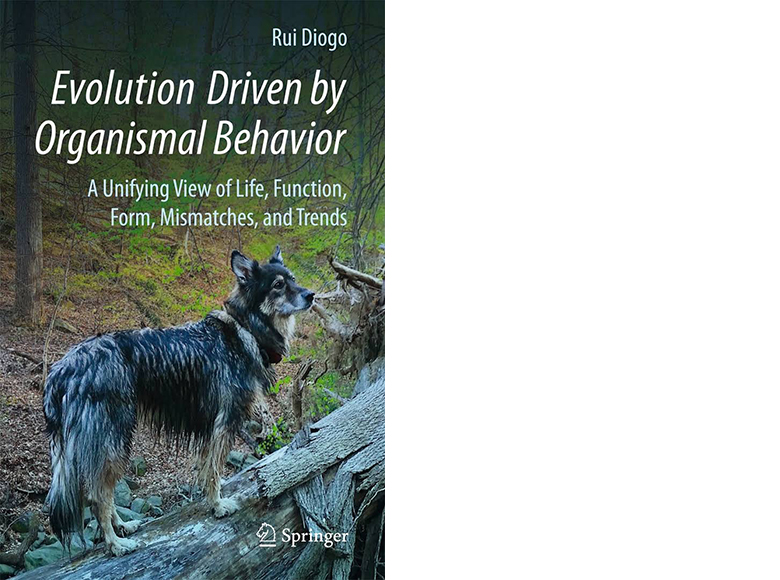 In my latest book, Evolution Driven by Organismal Behavior, I present the theory of Organic Nonoptimal Constrained Evolution – or ONCE. It argues that evolution is mainly driven by the behavioral choices and persistence of organisms themselves, in a process in which Darwinian natural selection is a secondary – but still crucial – evolutionary player. Many aspects of ONCE overlap with the EES, in particular, an emphasis on the active role of the organism in evolution, reciprocal causation between organism and environment, developmental bias (including constraints) and niche construction. In my book, I present numerous fascinating case studies from a wide range of organisms, including bacteria, plants, insects and our own species, to illustrate the central tenets of my theory.

Organic Nonoptimal Constrained Evolution (ONCE) stresses that organisms are not merely passive evolutionary players under the rule of external factors. To quote Hoffmeyer and Kull1, “Organisms do not passively succumb to the severity of environmental judgment; instead, they perceive, interpret, and act in the environment in ways that creatively and unpredictably change the whole setting for selection and evolution.” Organisms actively construct their ecological niche through behavioral choices and behavioral persistence, which by modifying natural selection in turn drive evolutionary episodes. Behavioral persistence is a key feature of ONCE, which I discuss at length in chapters 2-5 of my book. 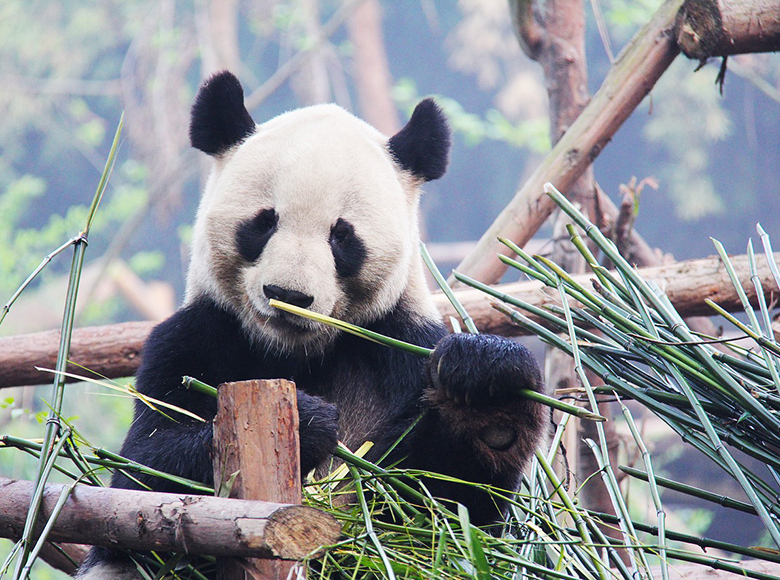 The panda is an example of an etho-ecological mismatch.

Another distinctive emphasis of ONCE is its criticism of adaptationism, contra standard neo-Darwinian views, and I document a large number of examples in my book. In fact, more and more studies are emphasizing the discrepancy between the so-called ‘optimal’ morphology of a structure and the potential function of that structure. This underscores the need to appreciate apparently ‘maladaptive’ structures in biological evolution as nevertheless effective functioning units. Rather than being perfected by selection to be optimal for a particular function, ONCE expects the structures of organisms and the function they perform will typically be in many instances merely ‘good enough’ to allow the organisms displaying them to survive and reproduce. Not every single structure needs to be ‘perfectly designed’, or ‘optimally fit’ for each function it performs or for each habitat occupied or behavior exhibited by the organism displaying it, at every single time during its evolutionary history: in fact, many structures, such as vestigial rudimentary structures, may well perform no function at all.

In my book, I describe how, in addition to organism behavior, developmental bias and internal selection can channel phenotypic variation into specific areas of morphospace. These developmental processes contribute to directing evolutionary change, but they can also lead to poor fit (or mismatches) between phenotype, behavior and environment, resulting in evolutionary dead-ends, and eventually organism extinction2. Mismatches are commonly observed between form (morpho-), behavior (etho-) and habitat (eco-). To illustrate, the panda is an example of both an etho-ecological mismatch and an eco-morphological mismatch as the behavior of eating bamboo and the morphological characteristics evolved to facilitate this do not match the decrease in available bamboo, i.e. the current ecological context where pandas live. Whales exemplify eco-morphological and etho-morphological mismatches as pelvic morphology (specifically the development of some hind limb bones during ontogeny) does not fully match the swimming behavior and aquatic habitat of whales. 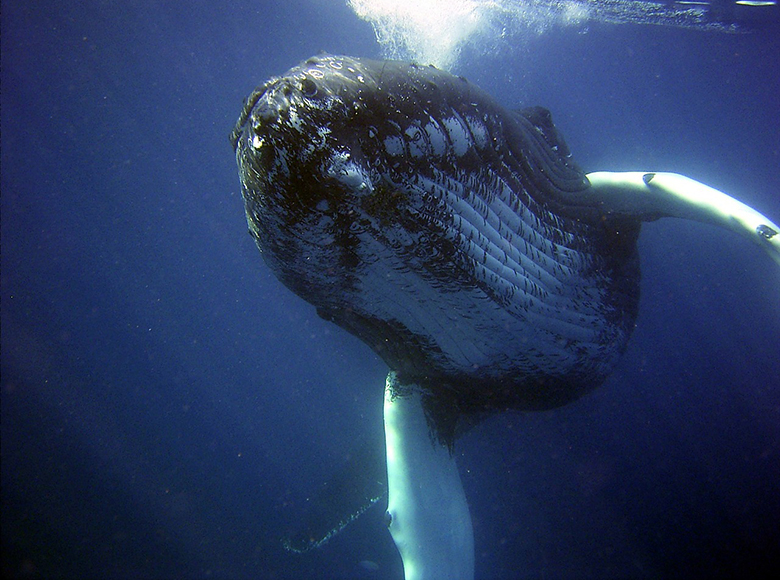 In chapter 6 of my book (see also 2), I present a meta-analysis to determine how widespread mismatches are in nature. For many readers, this is one of the most original parts of the book, with important implications for several fields of biology. Using a broad unbiased approach, I reviewed empirical studies analyzing form-behavior-ecology correlations among multiple species/clades using quantitative tools within a rigorous phylogenetic framework. This meta-analysis clearly showed that correlations between form and phylogeny are often stronger than those between form and habitat. I will share a few illustrative examples below.

Firstly, Baab and colleagues3 studied the relationship between cranial morphology and diet and biomechanical function in lemurs. They found that more variation in cranial morphology could be explained by phylogeny than by diet, and to an even lesser degree, by activity pattern. Although a previous relationship between diet and biomechanical function and cranial shape had been proposed, the authors pointed out that “some of these studies failed to explicitly incorporate phylogeny into their analyses”3. Another example comes from Anolis lizards, a well-known instance of convergent evolution. Many authors defend the existence of ‘ecomorphs’ – that is, lizards that display similar morphology and behavior in the same microhabitat in spite of evolutionary relationships. For example, the ‘crown-giant’ ecomorph includes large species with long tails that live in the tops of trees, and the ‘twig’ ecomorph includes small species with short limbs that live on narrow perches. Poe4 assessed four characters that, under the ecomorph view, are predicted to be poor markers of phylogeny: (i) length from snout to vent, (ii) hind-limb length, (iii) tail length, and (iv) number of sub-digital lamellae. Poe in fact found that there was a strong phylogenetic correlation when assessing both the entire Anolis clade and the Greater Antillean taxa only. A third example comes from Australo-Papuan myobatrachid frogs living in habitats of greater or lesser aridity. Vidal-Garcia and colleagues5 assessed the relationship between body size and shape (rotund versus streamlined, long legs versus short legs) and environmental niche (wet versus dry), with and without phylogenetic correction. After phylogenetic correction, there was no clear relationship between body shape and habitat, or between body size and habitat (before phylogenetic correction there was a relationship between body shape and habitat but not body size and habitat). A final example to illustrate this point is molar shape in opossums, which is strongly correlated with phylogeny and only weakly correlated with diet6. 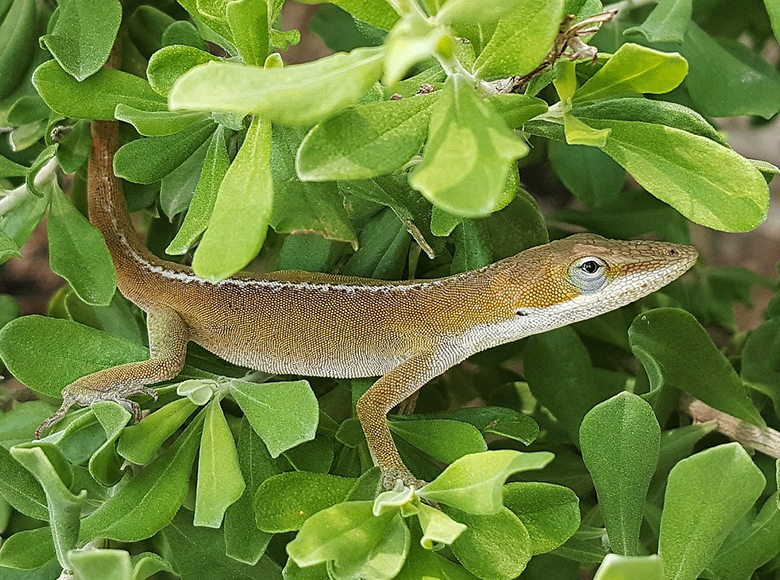 A strong correlation exists between phylogeny and morphology in Anolis lizards.

The prevalence of mismatches identified in the literature is inconsistent with standard Darwinian views of adaptive evolution arising through the action of natural selection on random mutations. However, further work is needed to generate and test predictions as to where mismatches are likely (and not likely) to occur. ONCE predicts that mismatches are far more common than is widely appreciated for a number of reasons, one of which is reporting bias. Many authors of the studies I reviewed self-explicitly were searching for clear, positive eco-morphological correlations, that according to their own assumptions, should be stronger than phylo-morphological correlations. Many of these authors indicated profound surprise at their contradictory findings. I suggest that many other researchers would choose not to publish similar results for the fact that they contradict their own predictions or fail to produce a good ‘story’ (as they are seen to be ‘negative results’). Famous examples of ‘optimal fit’ are cherry-picked, single-species single-function studies which appear to be more the exception than the rule.

Importantly, in philosophical terms, ONCE thus lies between externalist (e.g. adaptationist) and internalist (e.g. structuralist) positions, recognizing the crucial importance of both the external environment (e.g. natural selection) and internal factors (e.g. developmental bias and constraints). In particular, ONCE emphasizes the complex, continuous interplay between internal and external factors in evolution. For instance, organismal behavior derives from the organisms themselves (for instance, prior selection of behavioral traits, earlier learning) but is also often a response to changes in/pressures from the external environment (i.e. plastic responses to external factors), and many developmental epigenetic phenomena are directly influenced by the environment as well. This interplay between internal and external factors in evolution is in contrast to traditional (externalist) views of evolution whereby organisms engage in an incessant, suffocating struggle in which, through selection, the properties of environments shape the properties of organisms, and where organisms are not expected to thrive if they are not optimally adapted to their external environment. 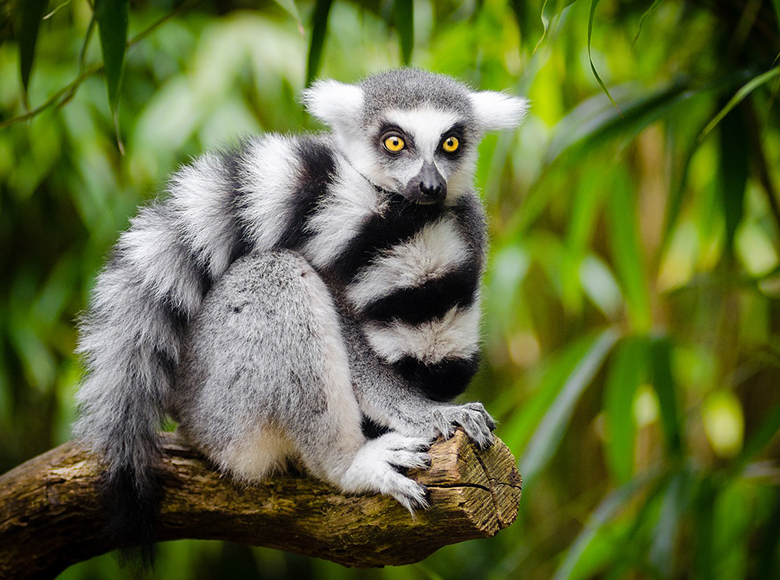 Cranial shape in lemurs is more strongly correlated with phylogeny than diet.

Studies performed in the last decades are increasingly contradicting both the adaptationist and the gene-centered views of evolution, with epigenetics and systems biology giving rise to a more holistic evolutionary framework. The theory of ONCE brings the phenotype back into biology by emphasizing that organisms, including humans, are the key active players in evolution and thus in the future of life on this wonderful planet. It is this fascinating and incredible diversity of behaviors, of forms adapted to certain habitats, of non-optimal morphologies, of eco-etho-morphological mismatches, and of a high proportion of random events, that has precisely led to Darwin’s “endless forms most beautiful and most wonderful“.

Evolution Driven By Organism Behavior: A Unifying View of Life, Function, Form, Mismatches and Trends is published by Springer International Publishing AG. Hardback and eBooks copies can be purchased from the publisher and Amazon.