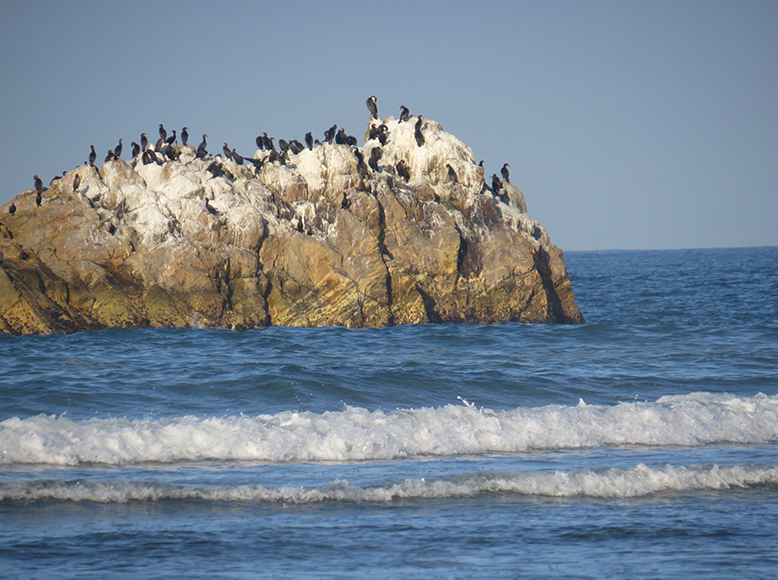 Scientists like to define their terms. They believe that it is imperative to pin down key concepts so as to remove ambiguity as to what they mean, and how they are bounded. Definitions, it is argued, facilitate clear thinking and consensual analysis across scientific communities. Philosophers of science, on the other hand, who prize clear thinking, are frequently sceptical as to whether definitions truly fulfill this function. The trouble is that there is an infinite regress associated with definitions. For instance, the question ‘What is an innovation?’ might elicit a definition ‘a new idea, method or invention’, which invites the corollary question ‘What is an invention?’, in a recursion that could be pursued ad infinitum. What this means in practice is that definitions tend to have a fuzzier existence than most scientists might like to believe. Readers often possess subtly different understandings of a term’s meaning. One reason for this is that it is impossible to anticipate all new findings: think, for example, of the extraordinary complexities that have been discovered about the relationship between DNA base pair sequence and the construction of amino acid chains, and how those discoveries stretched earlier molecular definitions of gene. Definitions can’t pin concepts down in any absolute sense, nor remove all ambiguity, although they can and do help scientists to communicate. Does that mean that scientists are wasting their time searching for definitions? No. Definitions fulfill an important function by guiding research programs. The question to ask when defining a concept is ‘What job do we want it to do?’

Such considerations are relevant to the definition of niche construction. In the Glossary to our book1, John Odling-Smee, Marc Feldman and I defined niche construction as ‘the process whereby organisms, through their metabolism, their activities, and their choices, modify their own and/or each other’s niche’. Of course, we had to then go on and define an evolutionary niche, as ‘the sum of all the natural selection pressures to which the population is exposed’ (which in itself was a departure from classical ecological niche definitions, although one well-received by the ecological community2). Ideally, we would have gone on to define what we had meant by selection pressures, but one has to stop somewhere.

A feature of our characterization of niche construction is its breadth. Our definition encompasses the construction of environmental modifications that have evolved as adaptations (such as birds’ nests) as well as environment-changing by-products (such as plant litter). It includes physical perturbations of the environment (e.g. digging a burrow) and relocations in space (e.g. migrations). It includes environment changing activities that have evolved through standard biological evolution as well as those that are learned and culturally transmitted (e.g. human agricultural practices).

The breadth of our definition reflected the job we wanted the term to do. We wanted to draw scientific attention to the diverse ways in which organisms modify environmental states, and the myriad of important ecological and evolutionary consequences that follow from these activities. What the above activities have in common is that they modify selection, as well as flows of energy and matter. A narrower definition risks neglecting important processes and feedbacks that fall outside it.

Some researchers have questioned whether such a broad definition is optimal. Richard Dawkins3, for instance, recommended that we reserve the term niche construction for environment-modifying adaptations, and described other modifications as ‘mere niche changing’.  This would bring the definition of niche construction in line with his own concept of the extended phenotype4. Dawkins’ concern was that it would be dangerous to lump together adaptations and by-products in the same conceptual bin, as that might lead researchers to jump to the conclusion that all niche-constructing outputs are adaptations. This is a legitimate concern, and were researchers commonly to make this error our definition of niche construction would be counterproductive. In practice, Dawkins’ worries are not an issue because, at least at a conceptual level, it is easy to distinguish niche-constructing adaptations from niche-constructing by-products. There are now well over a thousand scientific articles on niche construction and among them I do not know of a single case where a researcher has muddled adaptations and by-products. Ironically, I am aware of cases where researchers have described human artifacts such as spears and arrowheads as extended phenotypes which, as these are not biological adaptations, entails precisely the error that concerned Dawkins.

Such confusion notwithstanding, Dawkins’ extended phenotype concept does a useful job. It exemplifies what he calls his central thesis, which is that ‘an animal’s behaviour tends to maximize the survival of the genes for that behaviour, whether or not those genes happen to be in the body of the particular animal performing it’. The extended phenotype is a valuable concept for researchers whose focus is on the evolution of niche construction, but of lesser value for researchers whose focus is on the evolutionary consequences of niche construction.

Niche construction does a different job to the extended phenotype, and guards against a different concern – which is why there is a market for both concepts. Our concern – in our eyes a greater worry than the issue identified by Dawkins – is actually captured by Dawkins’ description of niche-constructing by-products as ‘mere niche changing’.  Why mere?  Does this not imply an assumption that by-products are not likely to be evolutionarily consequential, a conjecture that remains widespread across several scientific fields?

Some critics of niche construction theory once said to me ‘the trouble with your definition of niche construction is that it confuses the beaver’s dam with the beaver’s dung’. For me, that is exactly wrong. It is a virtue of our definition that it encourages researchers to treat the beaver’s dung with the same serious consideration as the beaver’s dam (and, as described above, such consideration seemingly does not lead to confusion). It is precisely because it is far more obvious that beaver’s dams are ecologically and evolutionarily important than the beaver’s dung that our definition is potentially of value.  Subsequent research vindicates our stance. For instance, seabirds typically feed at sea and defecate on land, and their guano is a major source of nutrient transport from oceans to land. The significance of the seabird equivalent of dung was brought home through the introduction of arctic fox predators onto the Aleutian Islands, which devastated the bird population and hence the supply of nutrients, and transformed these islands from lush grassland to barren tundra5.

Such studies highlight how by-products play critical roles in ecosystems, and can drive eco-evolutionary dynamics, a point that is increasingly recognized. The distinction between an adaptation and a by-product is important, but characters do not have to be adaptations to be evolutionarily consequential. Nor do they have to have evolved through natural selection of genetic variation. Human agriculture, urbanization, deforestation and so forth have transformed patterns of natural selection on other species6-9, driving countless evolutionary events, and initiating both speciation and extinction, in spite of the fact that there are no human genes for agriculture, logging, or building cities. The fact that acquired characters, such as human learning and culture, are not excluded from definitions of niche construction is a major reason why many human scientists embrace and use the concept.

Many commonly deployed terms – for instance, phenotype or environment – are even broader than niche construction, but still do a useful job in evolutionary explanations. While, strictly speaking, everything that an organism does could potentially impact its environment, in reality many, perhaps most, of these effects are trivial, being overwhelmed or immediately negated by other processes, and (depending on the researcher’s focus) can safely be ignored. I stress depending on the researcher’s focus because what is trivial and what is not hangs critically on the question at hand. As Richard Lewontin11 pointed out, homoeothermic animals are surrounded by a layer of warm moist air, which to researchers studying beaver dam building is probably largely irrelevant, whilst for researchers studying the ticks that live in beaver fur is potentially significant.

There are now many hundreds of empirical studies of niche construction, and in every single one the researchers concerned have focused on the significant niche-constructing effects of interest and ignored (or sought to hold equal) other effects deemed less important. Researchers interested in hermit crabs’ modification of mollusk shells focus in on this niche-constructing trait ignoring their traces in the sand12, while scientists interested in the modification of fruit niches by fermentation in yeast concentrate on this character, disregarding other ways in which yeasts change their world13. In this respect, niche construction research is hardly unusual. All science involves focusing on the potentially important factors whilst disregarding others.

Note too that there is hardly anything extraordinary about a definition that applies universally to life. Everything that a living organism does from conception to death is an aspect of its development, according to many definitions. Does that mean that development is not a useful scientific concept? Of course it doesn’t. The term development is still bounded, as there are phenomena in the world that pertain to non-living organisms, and because there are questions that can be asked about living creatures for which features of development are not relevant. Moreover, the ubiquity of development amongst living organisms is hardly crippling, since researchers do not attempt to study ‘everything that an organism ever does’ in a single study, but rather focus in on a small and manageable part of it.

Exactly the same issues pertain to natural selection. According to most definitions, every time an organism dies or is born evolution has occurred, possibly through natural selection, and each such event affects the frequency of every single gene in the population. Potentially, everything that an organism ever does can affect its chances of survival or reproduction, and/or of its offspring’s or relatives’ chances of survival or reproduction, and/or of their descendants’ survival or reproduction, into the forever distant future. Natural selection and genetic drift have clear and distinct definitions, however what we call drift may be weak, inconsistent or unsystematic effects on fecundity and survival. In practice, the boundary between selection and drift is a fuzzy one. Yet, in reality this presents no practical problems to the evolutionary biologist, who measures and models changes in the frequencies of particular traits or genotypes in particular populations, ignoring other factors judged to be of lesser relevance in the given context.

Nor is it a problem that ‘everything that an organism ever does’ simultaneously meets definitions of niche construction, development and potential causes of natural selection. The three terms remain useful because they do different jobs, encouraging researchers to focus on distinct questions and processes.

Niche construction as a conception has proven no more difficult to implement and study than development or natural selection. At the same time, fascinating new phenomena, which we never dreamt of when we coined our definition, have come to light and been investigated as niche construction. Donahue15 points out that flowering time and germination time can be niche-constructing traits in plants, as they strongly influence the environmental conditions and hence selection experienced by the plants and its descendants. Likewise, Sultan16 emphasizes how developmental plasticity allows organisms to experience a different, and often more favorable, physical and biotic environment (e.g., the production of ‘sun leaves’ or ‘shade leaves’ will influence how much light the plant experiences). Such instances delight me, as it means these phenomena have been explored with all the advantages of recognizing the commonalities with, and insights garnered from, other niche-constructing phenomena. In the process, they enrich our understanding of how organisms actively modify their selective environments.