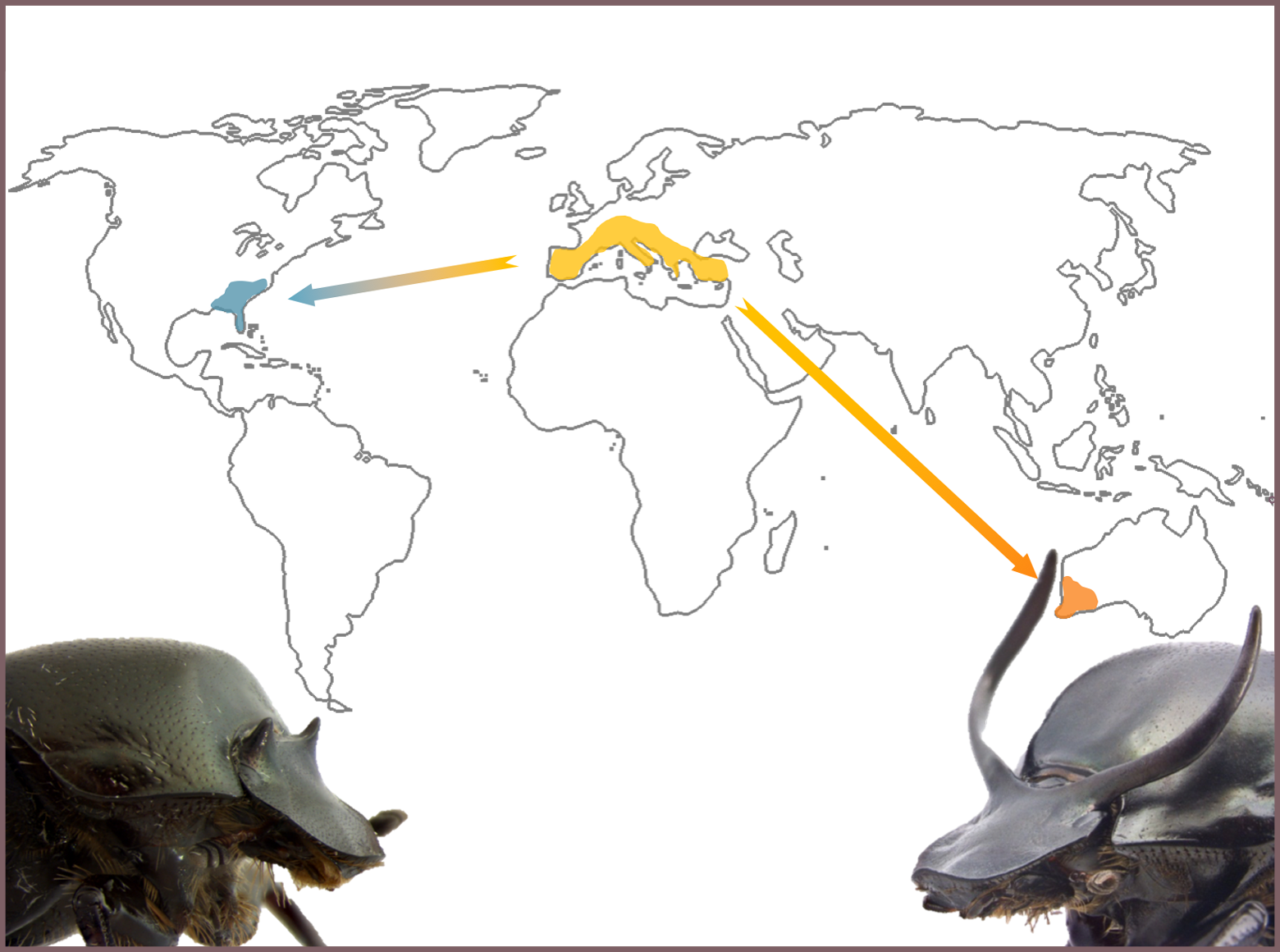 All organisms face the challenge of having to cope with variable environments. Diverse factors, from food and water availability to temperature, predation pressures, or conspecific densities, may impact an organism’s development, survival, and reproduction. Phenotypic plasticity is one mechanism that allows individuals to cope with variable environmental conditions within their life time, and most organisms therefore exhibit some form of phenotypic plasticity at least at some point during their development in one or more traits.

While the role of phenotypic plasticity in maintaining high fitness in the face of environmental perturbation is well accepted, its role in directing evolution is only slowly coming into focus. For example, a growing body of work is beginning to suggest that phenotypic plasticity influences populations’ ability to colonize novel habitats and may delay extinction in the face of otherwise catastrophic environmental events. What remains very poorly understood, however, is whether phenotypic plasticity can more directly influence the evolution of specific traits and drive evolutionary diversification, for instance through a process known as genetic accommodation.

Genetic accommodation is one of several processes by which plasticity may promote innovation and diversification. It posits that organisms do not just alter their phenotypes in response to previously encountered environmental conditions to which they have evolved an adaptive plastic response, but also to novel conditions encountered for the first time. The corresponding plastic response may or may not be adaptive in the context of the novel environment. But if it happens to be adaptive, selection acting on genetic variation associated with the regulation of this response may allow the novel trait or variant to become stabilized – or genetically accommodated – over subsequent generations. The genetic variation whose selection would enable such accommodation would derive either from pre-existing standing genetic variation that was previously invisible to selection but became phenotypically manifest in the novel environment, or newly arriving mutational variation, or a combination of the two. Over time, the initially purely environmentally induced novel trait or variant would then exhibit an expression that is more adaptively tuned to the occurrence of the originally inducing environment. In extreme cases, this could even result in the constitutive fixation of the novel trait or variant, and its continued expression even in the absence of the originally inducing environment, an extreme case of genetic accommodation often referred to as genetic assimilation.

This species of beetles was introduced ~50 years ago from the Mediterranean to Western Australia (WA) to help control cow dung and dung-breeding flies. Because O. taurus is very effective in burying dung in the form of brood balls – i.e. food provisioned for individual offspring in underground tunnels – this biocontrol effort was ultimately highly successful. Around the same time, O. taurus was also – this time accidentally – introduced to a second exotic range, the Eastern United States (EUS). Since then, populations in both exotic ranges have diverged heritably in a diversity of traits and to a degree normally only seen at the species level. Affected traits include morphological traits, such as body size (EUS adults are larger) or the threshold body size above which males adopt horns and fight for females (lower in EUS), maternal investment traits such as the amount of food mothers provision for their offspring (EUS mothers invest more), fecundity (WA females are much more fecund), physiology (EUS males are more sensitive to juvenile hormone), and several others.

Many of these divergences appear to be the result of adaptations to disparate social conditions between the two exotic ranges, brought about by dramatic differences in local population densities: densities in Western Australia are frequently two orders of magnitude higher compared to the Eastern United States. As a consequence, WA females have to compete much more intensely for breeding opportunities (i.e. dung and tunnel space), and WA males must compete much more severely for females, than their respective EUS counterparts.

Using a Spanish population as a proxy for the ancestral Mediterranean population we asked two questions: first, do beetles derived from this ancestral range harbor pre-existing phenotypic plasticity in response to variation in population densities; and second, if so, are these plastic responses in a direction that match evolved, canalized divergences among present-day exotic populations.  To do so we exposed Spanish beetles to experimentally controlled low or high adult densities for three weeks and then measured six traits that exhibit divergence among exotic populations, ranging across three categories of traits: life history traits (number of brood balls produced per mother and the survival rate of her offspring), maternal behavioral traits (the depths at which brood balls are buried and their weight) and morphological traits (adult body size and the male body size threshold above which males develop horns). We found that our experimental treatment was sufficient to yield a plastic response in four of these traits, both life history traits and one each in the other two categories. And for two of them, offspring survival and brood ball weight – the plastic response was in a direction that matches evolved differences between present day high density WA and low density EUS populations.

Our results have several important implications. First and foremost, they support the hypothesis that evolution by genetic accommodation could have contributed to the very early stages of diversification, at least for two of the six traits studied here. Second, our results fail to detect a bias toward a particular category of traits: while our sample size per category is of course low, at this point we have no reason to assume that preexisting plasticity in general of evolution by genetic accommodation in particular may be more or less likely for morphology, behavior, or life history traits. Lastly, our results show that the simple experimental manipulation of a single ecological variable likely to vary frequently among natural populations – adult density – is sufficient to induce plastic responses in adults and their offspring. Put another way, our results suggest that very different traits, despite their likely disparate genetic and developmental underpinnings, all share the ability to respond plastically to the same environmental factor, adult population density. Collectively, this raises the possibility that plasticity may, at least in some contexts, mediate the earliest stages of population-wide differentiation of entire suites of traits regardless of their specific ontogenies, thereby fueling rapid population-wide differentiation.

The extent to which phenotypic plasticity may shape evolutionary diversification will likely remain contentious, at least for a while. In part, this is due to the difficulty of studying processes such as genetic accommodation; once canalized divergences manifest we cannot easily distinguish between a scenario whereby plasticity initiated and channeled such divergences, from one where it did not. Even in this study we cannot be certain that 50 years ago when O. taurus was first introduced to both Australia and the US, pre-existing plasticity among introduced individuals channeled differentiation toward present-day patterns. But the results presented in this study support the possibility of such a plasticity first scenario occurring in nature, and as such call for future work of this kind in other taxa, as well as in taxa presently exhibiting major novel changes in their environment for the very first time, with the goal to catch genetic accommodation in the act. Global climate change and the rapid urbanization of environments, despite their massive negative repercussions for biodiversity as a whole, now afford researchers the truly unprecedented opportunity to do just that: to study a diversity of organisms as they confront a rapidly changing planet, and to systemically assess the relative contributions of plasticity and genetic accommodation to why and how evolution unfolds the way it does. Incidentally, such efforts even have the potential to contribute valuable information to guide conservation efforts.