Green algae is collected from lakes like this one

‘The origins of organismal complexity’ is one of six research projects under the second theme, Evolutionary Innovations, in the Extended Evolutionary Synthesis research program. Charlie Cornwallis and Per Lundberg, together with Karin Rengefors and Lars-Anders Hansson (all at Lund University), are investigating the origins of multicellularity.

The emergence of multicellularity, that is, single cells joining together to form multicellular bodies, is one of the ‘major transitions’ in evolution. In each of the major evolutionary transitions, a group of individuals that previously replicated independently joined together to form a new, more complex life form1. Other major transitions include the evolution of eukaryotic cells from prokaryotic cells by endosymbiosis, and the formation of eusocial societies, such as in termites, ants and bees, where division of labor within the colony leads to helper castes that never reproduce.

Research to date has focused on how the major transitions are influenced by (i) the different ways groups form, and (ii) the conditions where groups are maintained2-4. This work has greatly helped us understand how selection favors major evolutionary transitions, but this is only half the story. There are many species that appear to be exposed to similar selective regimes, for example, they live in the same environments and have similar life-histories and demographics, but remain unicellular whilst others become multicellular. We are unable to explain the current distribution of complexity in life, which makes it impossible to predict when and where major evolutionary transitions will occur.

One potential resolution to this problem is that organisms are constructed in different ways that facilitate or inhibit subsequent evolution. For example, in many organisms, such as green algae, the evolution of multicellularity is associated with adhesion proteins that make it possible for cells to stick together5. If organisms don’t have essential building blocks, then no matter how strong selection for multicellularity is, it may never evolve. This can be likened to baking a cake: first you need the correct ingredients and then you need the skills to make it. The aim of this project is to understand whether or not single cell organisms that fail to evolve to multicellularity under conditions that favor multicellularity, do so because they don’t have the right ingredients. 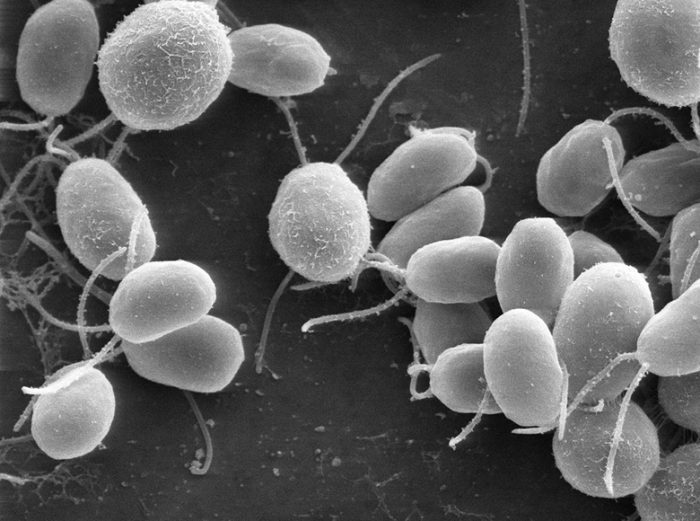 To address this aim, Cornwallis and his collaborators are using a combination of phylogenetic comparative analyses on carefully selected species of algae, fungi and cyanobacteria, as well as experimental evolution on volvocine algae. For the phylogenetic analyses they are comparing phenotypic and genetic differences, which may cause developmental bias, between uni- and multi-cellular ancestral and descendent species across multiple independent evolutionary origins. These differences, especially those that are in place prior to the emergence of multicellular phenotypes, will reveal the factors that facilitate a transition to multicellularity.

A complementary experimental evolution approach takes advantage of the green algae, Chlamydomonas, that can exist in uni- and multi-cellular states6, and whose mechanisms of maintenance and heredity can be studied in detail. Cornwallis and collaborators expose genetically independent lines of single-celled Chlamydomonas to conditions that favor the evolution of multicellularity. They then assess the morphological, chemical, transcriptomic and genomic differences between lines that subsequently undergo the transition to multicellularity and those that do not. This allows them to test whether there are factors that facilitate the formation of multicellular groups. Furthermore, this project will help clarify the role of environmental induction, and the contribution of developmental mechanisms, in the transition to more complex biological organization.

Together these studies will increase our understanding of how selection interacts with the way organisms are constructed to influence the outcome of evolution. By gaining greater insight into the mechanistic details of multicellularity and how they scale up to influence broader macro-evolutionary patterns, we will gain a clearer picture of the evolution of complex life.