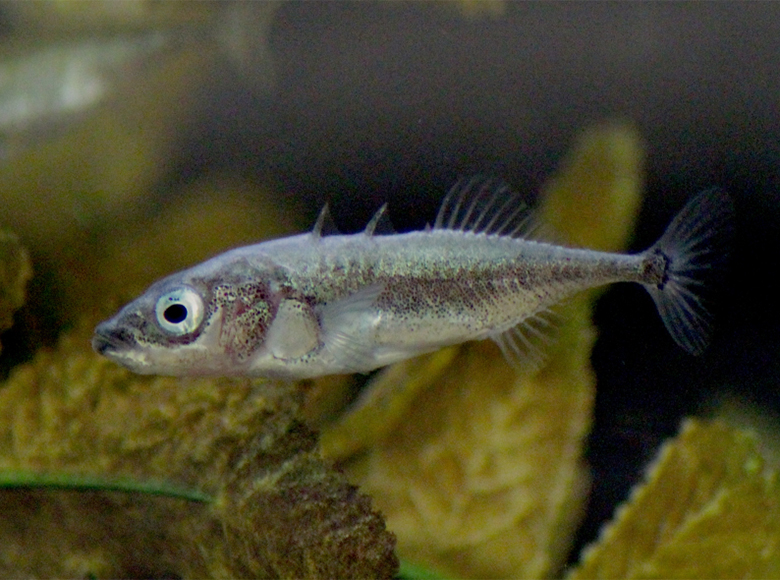 Phenotypic plasticity is the ability of one genotype to produce multiple phenotypes depending on external environmental conditions (see our slideshow for further information). It comes in many forms: from permanent developmental shifts in early life to ongoing, reversible behavioural responses to fluctuating environmental conditions. Although widespread, its role and importance in evolutionary dynamics is not yet fully understood.

A reaction norm for a classic G x E interaction, showing that overall population phenotypic variation varies depending on the environment that the population is in.

Theoretically, there is reason to believe that this may be the case. Phenotypic plasticity often relies on different gene expression patterns based on the environment. The expression patterns of genes in commonly-encountered environments are under selection (and, in the case of stabilising selection, will show reduced phenotypic variation as a result) – but their expression patterns in rarely-encountered environments are not, meaning that any mutation which only affects the gene expression in the rarely-encountered environment will not be removed by selection and can spread by drift. This concept is in fact well-known in the field of senescence research1,2: it is a central tenet of many of the evolutionary theories of senescence i.e. that the ‘selection shadow’ caused by extrinsic mortality means that mutations which are only deleterious in old age (i.e. in a small percentage of the population) are not strongly selected against.

My research aims to look for these patterns, using salinity-based plasticity of the three-spined stickleback (Gasterosteus aculeatus). These tough little fish are able to cope with both sea- and fresh-water habitats, using a combination of neat physiological and behavioural tricks. Some of them, however, have radiated into freshwater habitats and stayed there permanently, creating a useful natural experiment. The freshwater ones are descended from anadromous ancestors, but are no longer exposed to high-salinity environments. By comparing the response to a range of salinities of fish from different populations (both anadromous and freshwater) I can investigate what happens to the salinity-based plasticity of stickleback traits when they are no longer stabilised by selection for seawater tolerance.

This will allow me to see whether cryptic genetic variation (released in high-saline environments) has begun to creep in for traits in the freshwater fish. Since there are multiple stickleback traits which are plastic in response to salinity, I will also be able to look at whether the patterns are different between traits. The repeated invasions into freshwater habitats mean that I can compare different populations which have undergone similar environmental shifts – and even get an idea of the timescale of any changes I see, since different populations invaded freshwater environments at different times. Most importantly, I will be looking for patterns in the population-level variation in traits. Will my freshwater fish show higher levels of trait variation in saline environments than in freshwater, relative to my anadromous fish?

This PhD research project is part of ‘An experimental test of plasticity-led evolution’ (Project #14 in the EES research program) under the theme ‘Evolutionary Diversification’. Please don’t hesitate to get in touch with Helen for discussion and collaboration.