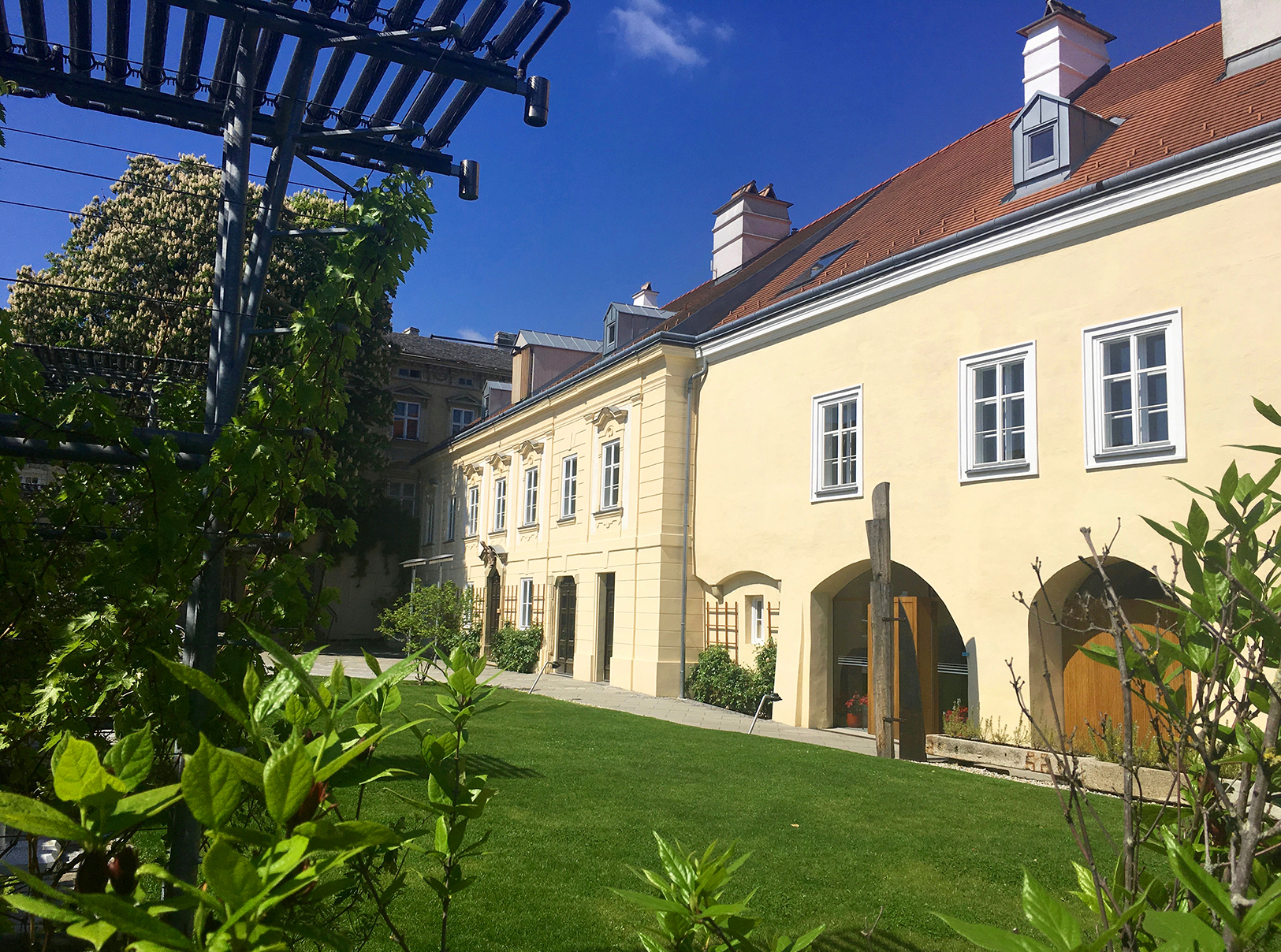 The workshop took place at the KLI in Klosterneuburg, Austria

Around ten years ago, in 2008 Massimo Pigliucci and Gerd Müller organized a workshop on the so-called Extended Evolutionary Synthesis at the Konrad Lorenz Institute (KLI) for theoretical biology in Vienna. This meeting resulted in their seminal edition Evolution: The Extended Synthesis. On May 11th to 14th the KLI hosted again a meeting on this topic, this time organized by Kevin Laland and Tobias Uller. It brought together a number of developmental and evolutionary biologists, as well as philosophers of biology.

This workshop ‘Cause and Process in Evolution’ sums up a recent trend in the debate about the conceptual foundations and challenges of a more developmentally-oriented theory of evolution. In the last years, the debate shifted from investigating primarily biological concepts, such as evolvability, evolutionary novelty, plasticity, and inheritance, to considering more and more philosophical concepts and topics, such as causation, organization, level, hierarchy, parthood, emergence, agency, individuality, theory reduction and integration, and explanatory standards. Especially, it has been argued that traditional views of causation, first and foremost the distinction between evolutionary ‘ultimate causes’ and developmental ‘proximate causes’, have led to an explanatory framework that limits progression of evolutionary theory. In contrast, for example, evolutionary biologist Michael Lynch claims: “There are more things to explain, but I think a lot of us are happy with the fundamental framework to do that explaining in.”1

Most of the participants of the workshop did not share this orthodox view. As Tobias Uller pointed out, the processes of variation, heredity, and selection should not be understood as (largely) causally autonomous, as usually suggested in population genetics. Instead, mechanisms such as phenotypic plasticity, extra-genetic inheritance (especially epigenetic inheritance), and niche construction, offer various cases in which developmental ‘proximate causes’ can direct, perhaps even facilitate, evolutionary change. In other words, all these mechanisms should be seen as causes of evolution, rather than as being solely the effects of natural selection on genetic programs. A number of participants presented examples that supported this claim. For example, Sonia Sultan argued that (at least a part of the) developmental responses to the environment in plants cannot be understood by reference to selection on genotypes alone. Renee Duckworth presented a case of locally induced maternal effects in bluebird species that cause community formation and change. These impressive ecological studies showed that plasticity should not be understood as a genetically controlled program fitted to react to environmental stochasticity. Rather, it allows for a variety of evolutionarily relevant and non-predetermined causal starting points to emerge during development. However, ecological studies on such complex causal scenarios in natural populations face a number of methodological challenges, as, for example, Susan Foster noted. 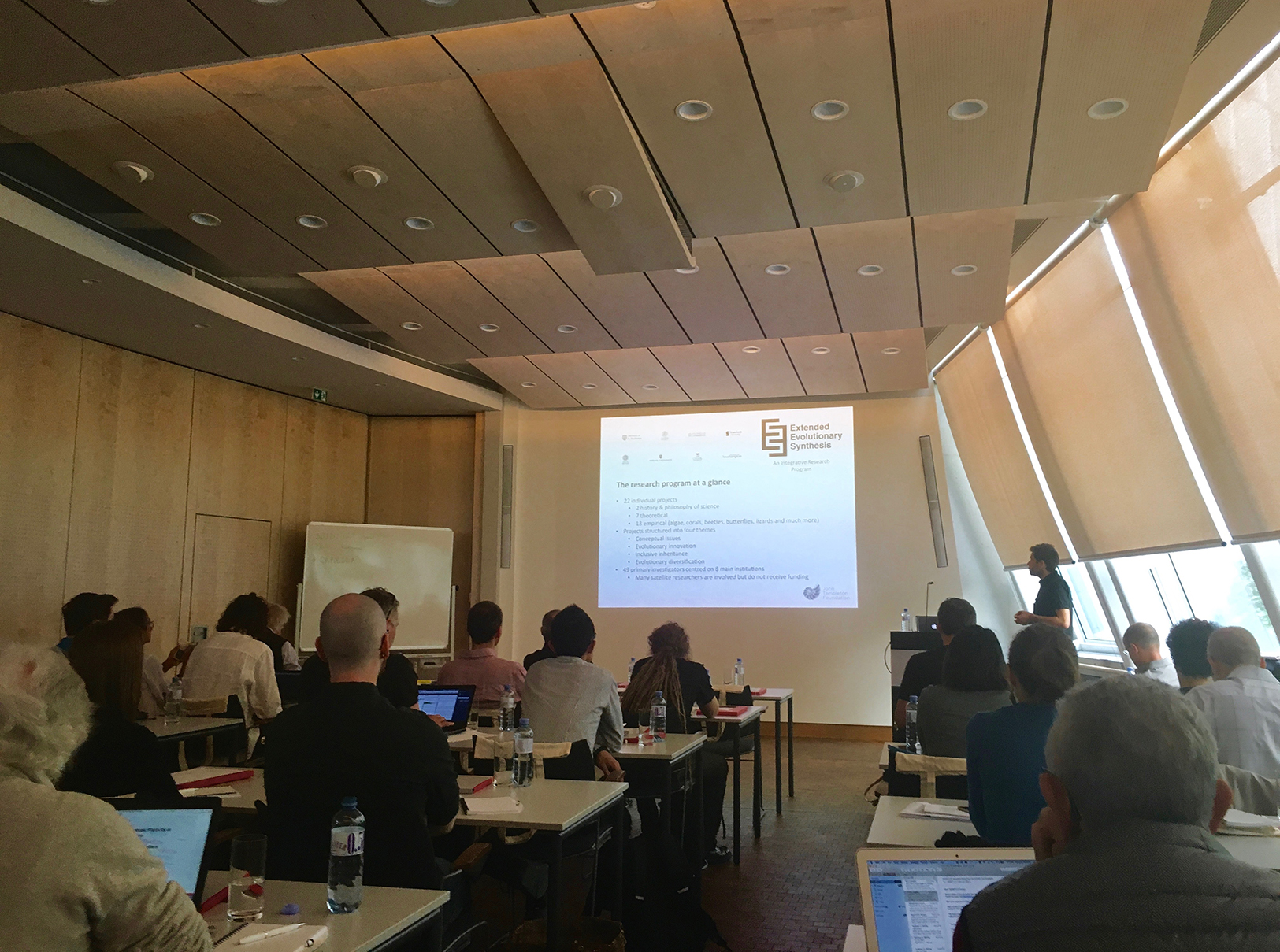 Tobias Uller opened the ‘Cause and Process in Evolution’ workshop

A related aspect that has been given much attention during the workshop was the idea to causally flesh out the usually neglected intermediate space of the genotype-phenotype map. Armin Moczek convincingly showed how evolutionary developmental biology (evo-devo) can contribute to solving this problem. He stressed that developmental constraints should not be understood as a lack of opportunity, as evolution often proceeds not by creating new genetic parts but by reorganizing molecular building blocks and chemical pathways. In a related manner, Arlin Stoltzfus highlighted that biases in the introduction of variation can have causal effects on evolutionary trajectories, and Heikki Helanterä emphasized the utility of insect societies for understanding developmental causes in evolution.

Kevin Laland and Lynn Chiu discussed how niche construction replaces linear models of causation (that begin with the selective environment and end with the organism) by a view of reciprocal causation in evolutionary biology. According to this view, organisms actively co-construct their environments and thus modulate their own selective pressures. As a consequence, organismal niche construction, like nest building, should no longer be understood as an extended phenotype but an evolutionary starting point. An example of this process, already studied by Darwin, is the adaptive complementarity of earthworms and soils, which results to a large extent from the worms changing the soil, rather than natural selection changing the worms to a typical terrestrial physiology.

A number of talks attempted to develop novel frameworks to (i) distribute causal power over a spectrum of genetic, epigenetic, and ecological factors, rather than centralizing it in natural selection, (ii) render causal relations other than those between genes and populations explanatorily relevant in evolution, and (iii) integrate developmental and evolutionary causes. For example, Johannes Jaeger highlighted the importance of dynamical systems theory for understanding the effects of developmental dynamics on evolution. In addition, besides those philosophical contributions that addressed the general character of causality in biology (Massimo Pigliucci and Samir Okasha), philosophers of biology offered theoretical and conceptual frameworks for integrating developmental and evolutionary causes, such as causal graph theory (Jun Otsuka) and time scales (Arnaud Pocheville). Karola Stotz clarified the causal role of different proximate sources of evolution, from genetic to non-genetic, through the concept of causal specificity. Denis Walsh presented a hierarchical model that integrates causal explanations of the struggle for life of individual organisms with population-level explanations of changes in trait structure, which arise as ensemble effects from lower level changes. In a similar manner, Richard Watson introduced a theoretical framework in which the organization of mutual interacting parts – developmental processes, such as epigenetic inheritance, phenotypic plasticity, and niche construction – are conceptualized as an indispensable precondition for generating heritable fitness differences in collectives. He argues that this process underlies the origin of new levels of biological organization, like multicellularity. 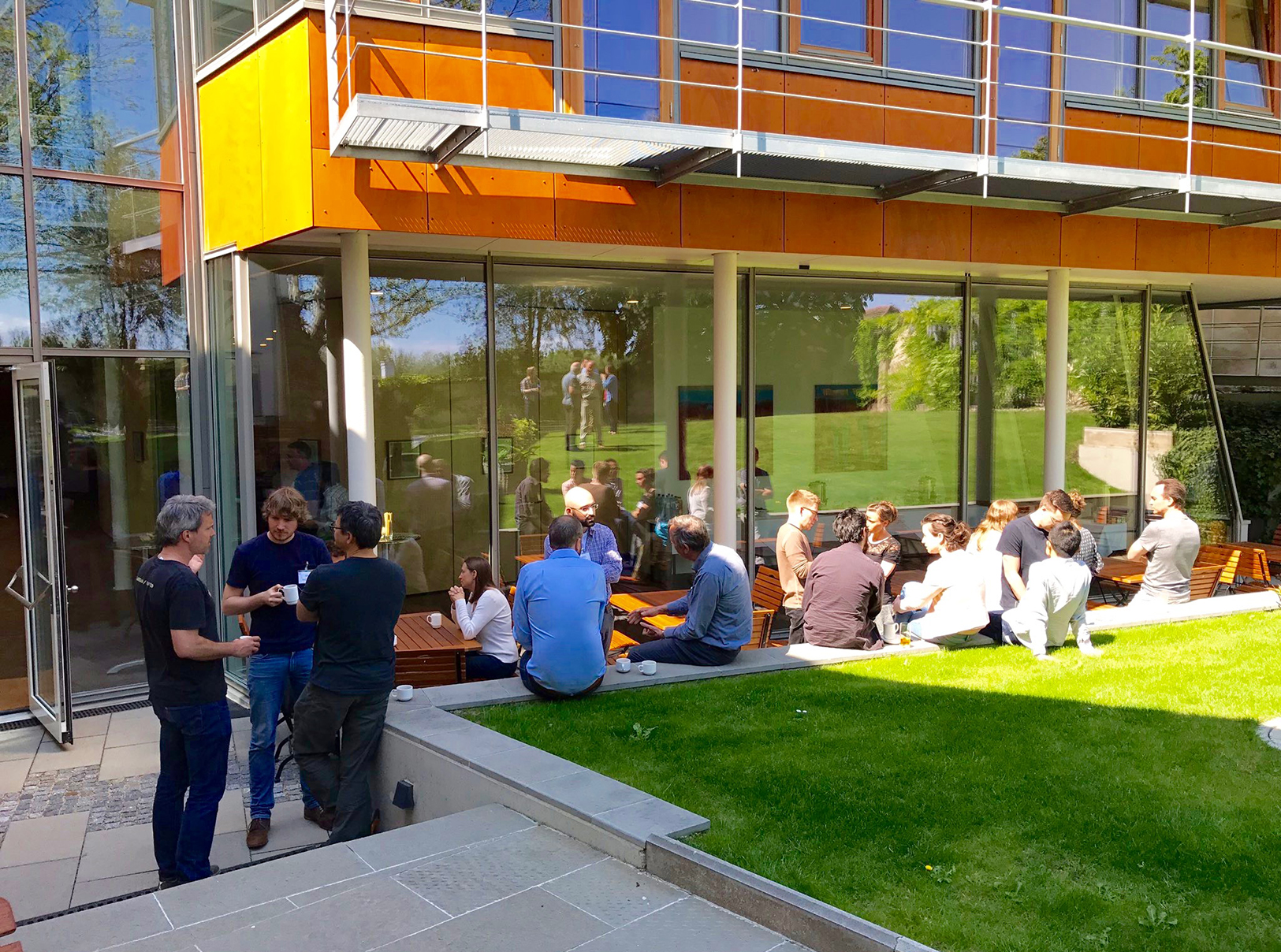 Most, but not all, participants of the workshop were convinced that the current genetic research program cannot fully grasp the causal role of development in evolution and that the ‘Modern Synthesis’ is in need of a substantial theoretical expansion. While the individual views on how this expansion should be achieved varied, the participants seemed to share a general aversion to prevailing conceptual dichotomies in evolutionary biology, such as proximate–ultimate. In addition, all of them questioned the idea that tracing changes in allele frequencies is the most informative way of tracing evolutionary change. Interestingly, there seems to have grown a general awareness among the attending biologists that in order to construct a more developmentally-oriented theory of evolution, philosophy of science can contribute to this development (although the exact kind of this contribution has to be specified more). During the workshop a number of talks given by philosophers triggered discussions on logical imprecisions, conceptual tension, and implicit ontological, explanatory, and methodological assumptions in orthodox and progressive views of evolution. More philosophical but also historical investigations (which were left out in this workshop) have to be made, in order to better understand the underlying views of causality and conceptual frameworks that influence which research methods are chosen, questions are (not) asked, and explanations are considered (in)sufficient in evolutionary biology. In addition, central concepts such as organization, organism, agency, environment, level, scale, etc., have to be spelled out in more (formal) detail. This workshop was an excellent start for this challenging endeavor in the ongoing development towards an ‘Extended Evolutionary Synthesis’.

Cause and Process in Evolution was a small workshop organized by the EES research program, held at the KLI in Austria on 11-14 May 2017. More information about the workshop can be found on our events page, KLI website and Twitter hashtag #CAPIE2017

An expanded version of this report is now available in the Journal for General Philosophy of Science, entitled Expanding Views of Evolution and Causality, published online 7 September 2017.