Unraveling the evolutionary role of affordances 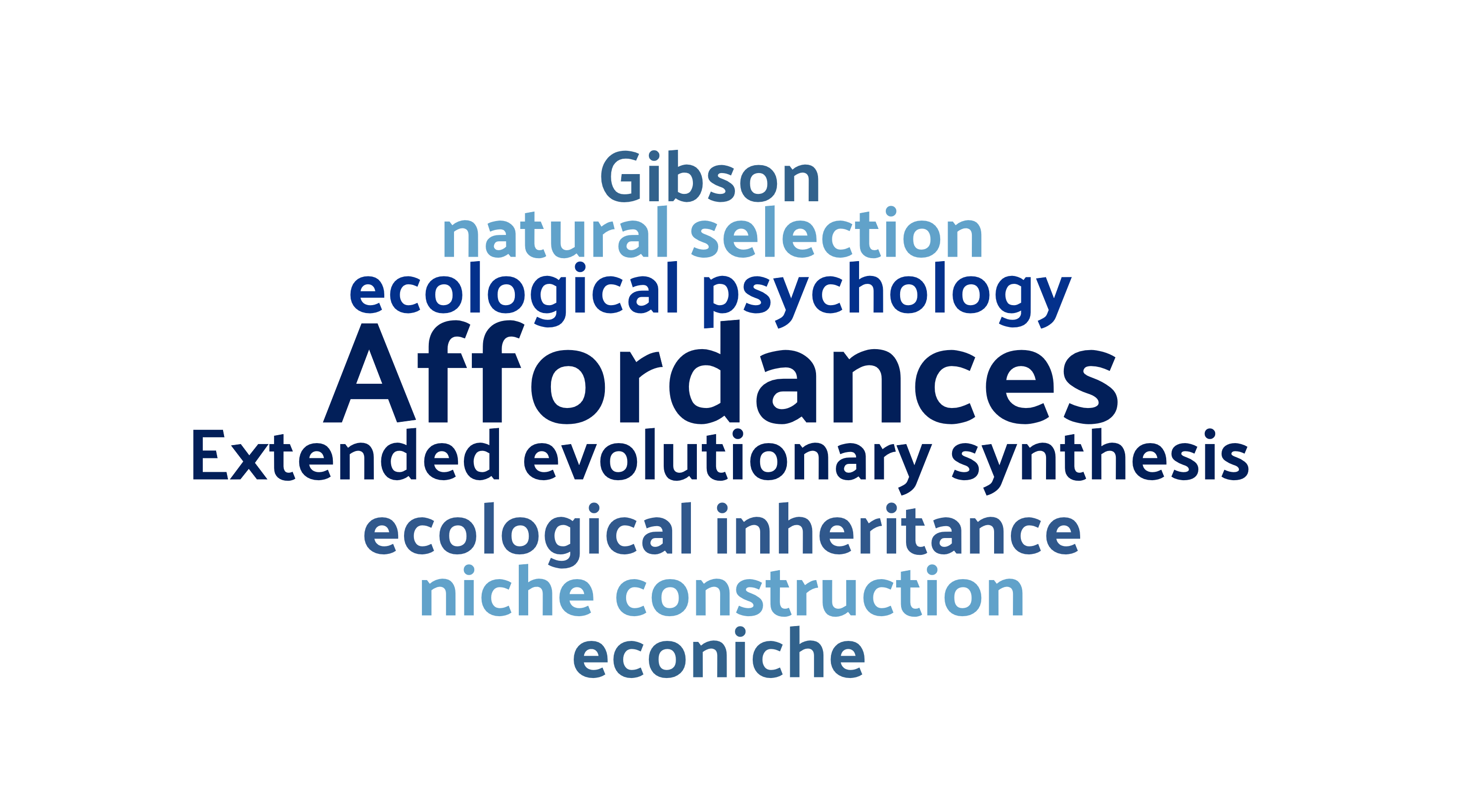 Affordances, or the possibilities for acting in our environments, are pervasive in everyday life. We are constantly surrounded by them: we perceive the floor as a walkable surface, a coffee mug is perceived as a graspable object, and doors are perceived as pass-through-able apertures, etc. For some authors, these objects of perception are, by far, the ones we interact with most throughout the day. If this is so, how is it that they are not deployed as commonly as other perceptual objects in the philosophical and scientific literature to make sense of our perceptual experience (compared to, say, colours)? Why are they scientifically understudied compared to other perceptual phenomena?

The answer is that, despite being so common, affordances have not been a widespread object of study in philosophy and behavioral sciences because they were not conceptualized as such until the second half of the 20th Century. Affordances were named by James Gibson, a pioneer in the establishment of ecological psychology. This discipline advanced, during the 1960s and 1970s, the main theses of situatedness, embodiment, and non-representationalism that are present in the post-cognitivist or embodied cognitive sciences born in the 1990s1. Decades before the establishment of the embodied and situated cognitive sciences, the ecological approach challenged key ideas of both behaviorism and cognitivism: for example, the understanding of perception as the passive reception of sensory stimuli, the thesis of the poverty of the stimulus, and the claim that psychological processes were based on mental representations, among others.

Contrary to these statements, ecological psychologists claimed that, in order to understand psychological processes, we should start not from the body or from the brain alone, but from the mutual and constant interaction of organism and environment (what they call the organism-environment system). This aspect is key and could be considered as one of the first attempts to establish a situated approach to cognition. They also claimed that organisms are active explorers of their environment (so perception is intimately connected to action), that organisms are constantly surrounded by information for action (a special kind of information that has nothing to do with information theory), and that the use, detection, or picking-up of that particular information is enough to explain how they perceive and act (no enrichment of the sensory stimuli is needed so as to form representations)2, 3, 4, 5, 6, 7, 8, 9, 10. In doing so, the ecological approach offers profound conceptual innovations, as it aims to overcome well-established dichotomies that have been present in the psychological and philosophical literature for centuries, such as mind-world, subjective-objective, and perception-action. Another distinctive feature of ecological psychology compared to current embodied and situated approaches is the vast corpus of in vivo experimental results (initiated since the 1950s and continued today) that support the theoretical principles of the discipline and that, among other things, prove the existence of affordances as objects of perception that can be scientifically described and studied11, 12, 13.

There have been several attempts to reunite affordances and evolutionary biology from different perspectives. Outside ecological psychology, authors such as Daniel Dennett (2017)14 have included affordances as key aspects to be taken into account when analyzing the evolution of cognition and consciousness. If we focus on those authors that related niche construction and affordances, it is worth mentioning that the project of Karola Stotz (2010, 2014)15, 16 aimed to develop an extended evolutionary psychology that includes niche construction theory and aspects of the embodied and situated cognitive sciences, incorporating the notion of affordance. Also, Denis Walsh’s (2014, 2015) project for naturalizing organismal agency from an extended evolutionary perspective includes affordances as an inspiration for understanding the environment. Within ecological psychology, several authors have always taken for granted that there is a strong link between both ecological psychology and evolution. Take, for example, the following quote from two of the main authors of this tradition:

Despite the wide acceptance of the connection of ecological psychology and evolutionary biology, there has been no systematic research program to explain the intricacies of their entanglement in a detailed and meticulous way. Nevertheless, up to this date there have been two attempts at linking ecological psychology and evolutionary biology that are landmarks in the literature. The first and most important one has been Edward S. Reed’s (1996) approach to grounding ecological psychology in natural selection9. This has been the most ambitious and thorough approach to the issue to date. According to Reed, affordances exert selection pressure and organisms compete for those resources (Reed 1996: 26-27). Some authors within the ecological tradition criticized this approach, as according to their view it gave priority to the environment over the organism, and this is something that goes against the organism-environment mutuality emphasized by ecological psychology (Chemero 2009: 146, Withagen & van Wermeskerken 2010: 495). Following this line of criticism, Rob Withagen, Anthony Chemero, and others17, 18, aimed to reconcile ecological psychology and evolution by appealing to niche construction theory. When they contrast their views with Reed’s views, they claim that that both approaches (Reed’s and those of the authors that support niche construction) are incompatible, and that the connection between ecological psychology and evolutionary biology should be reconceptualized. In fact, they explicitly claimed that “the niche construction perspective suggests alternative roles [to the one offered by Reed’s project] for affordances in evolutionary dynamics” (Withagen and van Wermeskerken 2010: 497). As such, these two different ways of understanding affordances in the evolution of cognition (as elements of niche construction processes or as resources that exert selection on organisms) provide different understandings of the role of affordances themselves, and it has serious consequences for the role of agency and the role of the environment in evolution, leading to two irreconcilable and competing views about the evolution of cognition.

Take, for instance, the well-known and intuitive example of a beaver population building a dam. As such, the environment, previous to be altered by the beavers’ action, affords certain actions and consequently exert some particular pressures (this actions can be either beneficial or harmful for the population’s chances of reproduction and survival). The construction of a dam is an alteration of the environment that also alters the available repertoire of affordances, not only for beavers themselves, but for the whole variety of living beings that populate the ecosystem, leading to unexpected consequences: with dams, beavers now have a place that affords hiding from predators and, given that dams alter the flux of the river, it also allows for the reproduction of certain microorganisms; it attracts migrating birds to stop nearby, and those birds also attract some predators, etc. As such, these alterations modify the affordances of the niches of all populations in that ecosystem and, with that, the selective pressures change with them. The offspring of those animals will receive a different environment compared to the one their ancestors found, one with in which these ecological inheritances will afford them different opportunities for acting that exert their own selective pressures. And so the story goes, cyclically. But the affordances that emerge will be, in different stages, either ecological inheritances of a niche construction process or selective pressures that count as key aspects in the process of natural selection of such population. As we can see, affordances have this double role in evolutionary processes, something that also shows how intricate are niche construction and natural selection. In fact, this example of the evolutionary role of affordances supports the idea that “[w]hen such modifications [of the niche] alter natural selection pressures, evolution by niche construction is a possible outcome” (Laland et al. 2016: 192)20.

If my proposal is on the right track, this can have consequences not only for starting to unfold the evolutionary role of affordances, but also for evolutionary biology as such, since they can help us understand in which specific sense these two evolutionary mechanisms are not isolated at all. This in turn might lead to a general, shared picture of the two previously supposed incompatible views. I develop this in detail in the publication.

Needless to say, this humble and little contribution to a detailed and complex debate that was initiated decades ago is far from fully unraveling the evolutionary role of affordances. Much more work is needed, both conceptual and empirical, for fully understanding the contribution of affordances in the evolution of cognition. I am sure that, as their contribution becomes clearer, it will also help the scientific and philosophical communities in their task of redefining the evolution of cognition under the principles of the Extended Evolutionary Synthesis. 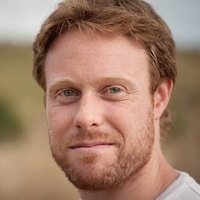