by Erik I Svensson 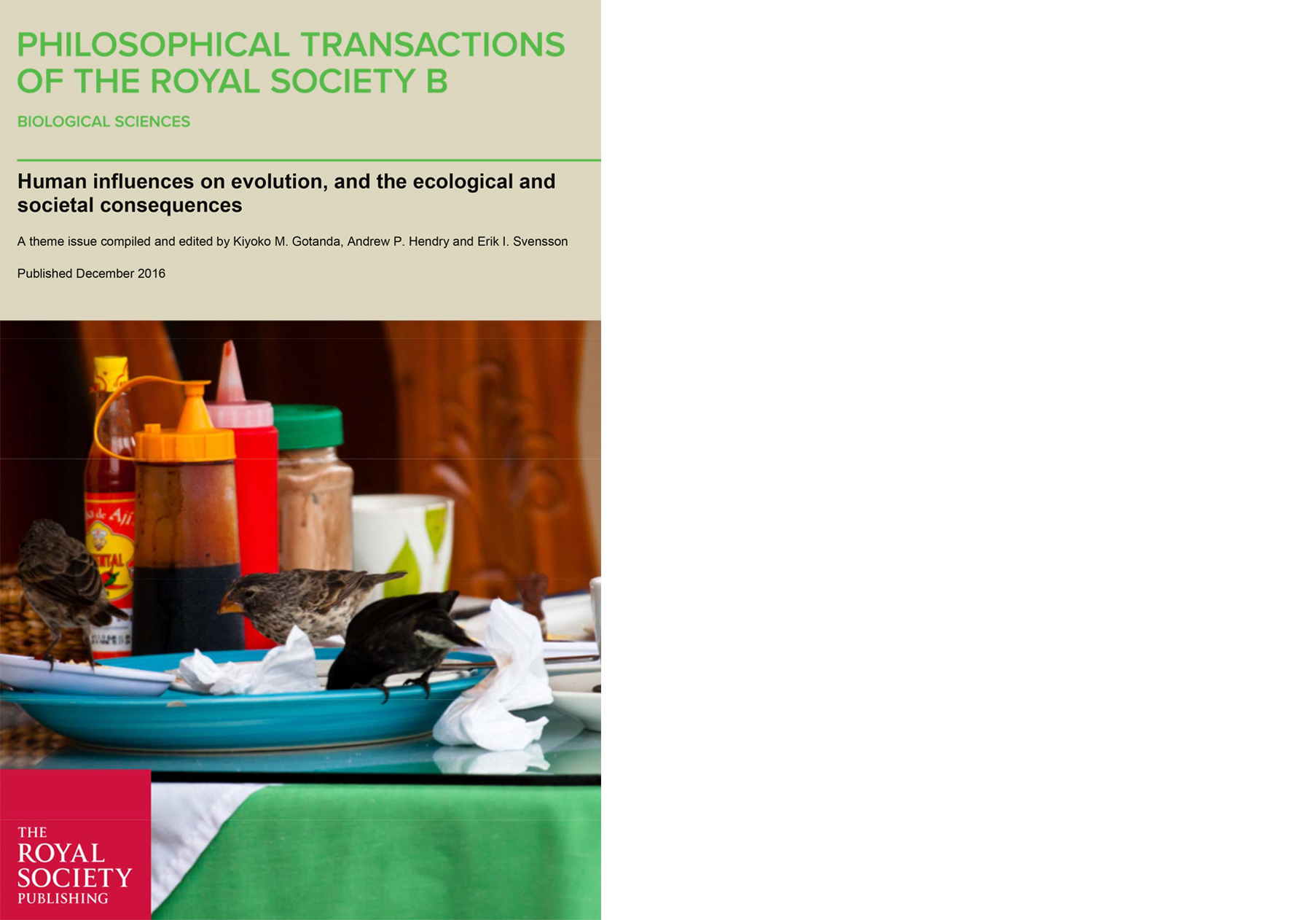 However, one does not need to go very far away from our own species to appreciate the potential importance of niche construction, as we as humans are perhaps the greatest niche constructors on this planet. Indeed, the evolutionary biologist Stephen Palumbi has called humans the ‘world’s greatest evolutionary force’. Humans modify their environment in various ways, such as through hunting, fishing, urbanization, pollution, habitat fragmentation, domestication and more recently through the use of fossil fuels that cause climate change. Some of these human-induced alterations are clearly beneficial to us, such as the domestication of plants and animals that provide us with more food or more nutritious food. Many other human-induced alterations are clearly negative, such as the spread of antibiotic resistance among microorganisms, due to its excessive use by humans for animal farming and medical purposes, or the spread of herbicide resistant weeds.

These numerous human activities and their subsequent environmental effects expose organisms to novel selection pressures. Organisms might respond evolutionarily or by means of phenotypic plasticity, or (most likely) through a mix of the two. For instance, overfishing by humans results in selection pressures on fish to mature at a smaller size and/or younger age, which could result in fishery-induced evolution or plastic changes in maturation time. Similarly, trophy-hunting of game might selectively target the largest individuals or those with the largest horns. Such human-induced selection pressures introduced through hunting could drive evolution towards smaller horns or tusks, or, alternatively result in plastic responses. Indeed, elephants may be losing their tusks in response to poaching. It is also possible that these and many other cases of human-induced selection pressures will initially result in plastic responses, followed by evolution by so-called ‘genetic assimilation’, potentially an example of what Mary Jane West-Eberhard would call ‘plasticity first’ or ‘genes as followers, rather than leaders’.

These and other aspects of human-induced evolution in various contexts are explored in a recent theme issue in the journal Philosophical Transactions of the Royal Society B, that I have recently co-edited together with Kiyoko Gotanda (Cambridge University, UK) and Andrew Hendry (McGill University, Canada). The title of this theme issue is Human influences on evolution, and the ecological and societal influences.  This theme issue contains a number of different articles – both reviews and original papers – from leading ecologists and evolutionary biologists in the field. In our introductory article to this theme issue, we summarize and synthesize these contributions and discuss future research avenues, as well as practical recommendations of how societies should deal with such evolutionary changes. Our general message is that human-induced evolution will also feedback on ourselves, and we need to be aware of this to prepare for the future.

Access the theme issue here: Human influences on evolution, and the ecological and societal consequences

Erik I Svensson
Professor of Evolutionary Ecology, Lund University
Back to top