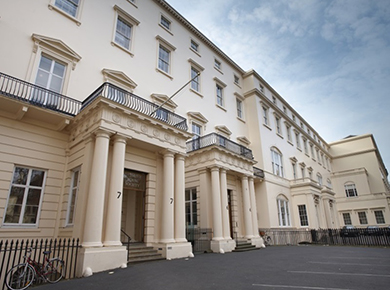 Schism and Synthesis at the Royal Society

In November of last year, the Royal Society and the British Academy hosted a discussion meeting, New Trends in Evolutionary Biology: Biological, Philosophical and Social Science Perspectives. The meeting stimulated a wealth of discussion between philosophers and researchers in the biological and social sciences, as well as with science journalists (for a summary of articles, see our previous news item “The EES in popular media: 2016” from 10 January 2017).

Kevin Laland, one of the meeting organizers, has produced a summary of the meeting for Trends in Ecology and Evolution entitled, Schism and Synthesis at the Royal Society. In his article, Laland summarizes some of the differences in interpretation of findings that were evident at the meeting.

For audio recordings of the conference presentations, please visit our Audio Recordings page.

Applications are open for a PhD position in animal ecology studying the evolution of epigenetic inheritance. The successful candidate will join the laboratory of Dr Martin Lind, investigating life-history evolution, ageing and sexual selection, in the Department of Ecology and Genetics at Uppsala University.

The successful applicant will investigate the evolution of adaptive epigenetic and trans-generational inheritance of fitness and ageing during adaptation to new environments (high or fluctuating temperature) in the powerful laboratory model system – the nematode Caenorhabditis remanei. They will use a combination of experimental evolution, trans-generational phenotypic assays of life history traits (fitness, ageing, growth, development) and gene expression approaches, as well as analyses of already existing selection lines.

Applications are open for a postdoctoral research position examining the role of developmental bias for evolution. The project is led by Prof Tobias Uller and the researcher will work in the evolutionary ecology group at the Department of Biology, Lund University.

This project will use meta-analytical approaches to address how wide spread developmental bias is, its phylogenetic distribution, and if the patterns of developmental bias are concordant with adaptive diversification. The research is primarily based on collection of data from the primary literature, but may also involve other sources, such as museum collections, and mathematical and statistical modelling. The position will provide the opportunity to explore evolutionary developmental biology and develop skills in meta-analysis, phylogenetic comparative methods, and evolutionary theory.

For further information and applications contact Prof Tobias Uller and refer to the University recruitment portal. 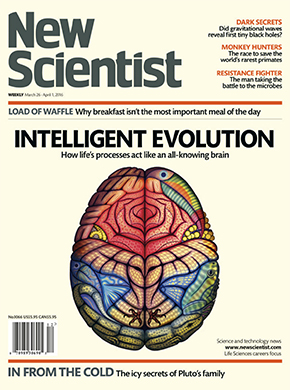 The Extended Evolutionary Synthesis (EES) research project was featured in a number of popular science articles throughout 2016. These articles are just part of the lively and constructive discussion surrounding the EES, which is an important part of advancing science. We are delighted with this attention, as is important that the scientific process and resulting findings are made available to non-specialist audiences and the general public in easily understandable terms.

Among the most widely distributed coverage were four articles on the need for an EES in popular online science magazines:

(also featured in The Atlantic, 28 November)

Is it time for our understanding of evolution to evolve?

Is there a role for intelligence in evolution?

Evolution evolves: Beyond the selfish gene 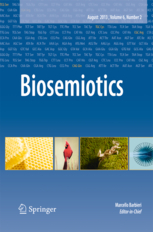 The Springer journal Biosemiotics is preparing a special issue on ‘Semiotic aspects of the extended synthesis’, guest-edited by Andrew Winters. This special issue aims to understand the extent to which biosemiotics is commensurate with burgeoning developments in contemporary biology by exploring how core features of biosemiotics are either consistent or at odds with those accommodated by the Extended Evolutionary Synthesis.

The special issue welcomes papers that analyze specific semiotic processes within the Extended Evolutionary Synthesis, assess the general tenability of understanding biosemiotics in terms of the EES, or explore the relationship between biosemiotics and the EES. Papers in the form of theoretical works, empirical findings, or metatheoretical considerations are welcome.

Paper proposals with title and abstract are due 31 January 2017.

For further information, see the call for papers, or contact the editor Dr Andrew Winters. 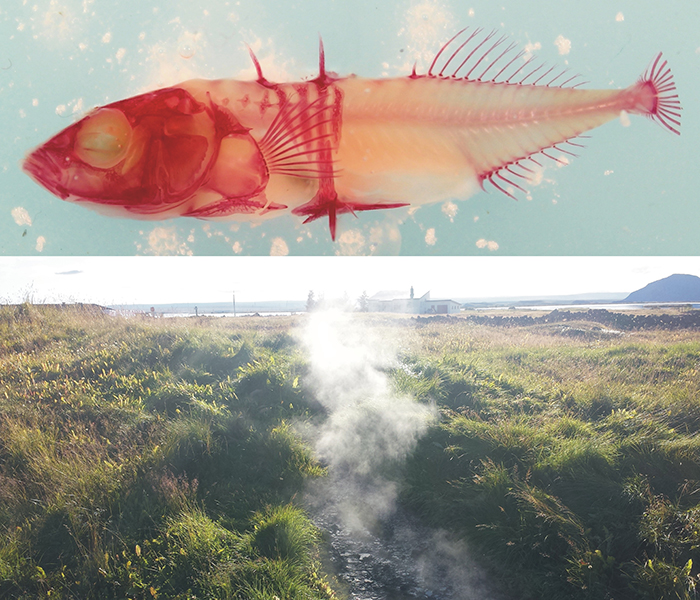 Call for applications for a postdoctoral research position in the area of Evolutionary Developmental Biology (evo-devo) and Genomics in the lab of Kevin Parsons at the University of Glasgow.

A theory-driven postdoc is sought to focus on questions related to evolutionary developmental biology and genomics including the genetic and epigenetic basis of phenotypic change. The team is an interdisciplinary group with generous funding support from a recently awarded NERC Highlight topics grant to Dr Kevin J. Parsons (PI), Prof. Neil B. Metcalfe, Dr Shaun S. Killen and Dr Jan Lindström.

The project provides an opportunity to take evo-devo and genomics in a new direction by investigating the impact that long-term increases in temperature can have on evolution. The postdoc will lead and apply large-scale population genomic and QTL mapping approaches to sticklebacks that have evolved within geothermally-heated and ambient temperature locations in Iceland.  A substantial portion of this research will also involve the use of genomics to understand patterns of methylation in response to temperature in both wild and lab-reared populations. While these genomic approaches will be used, the lab is phenotype-first orientated and works at the intersections of ecology, evolution, physiology, and development. The postdoc will therefore also have the opportunity to take part in the design of experiments used to follow-up genomic findings and assess developmental changes in a range of phenotypes. 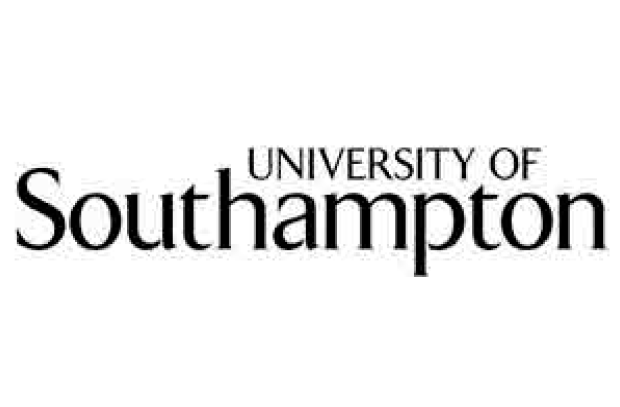 Call for applications for two postdoctoral research positions in the area of evolutionary systems biology in the lab of Dr Richard Watson at the University of Southampton.

Fellows will build on recent developments unifying evolutionary theory with learning theory. This work converts theoretical tools of learning systems to deepen and expand our understanding of natural evolution. Both positions will use computational and/or mathematical modelling to explore the adaptive capabilities of different functional processes and different assumptions about the processes of and feedbacks within natural selection: the selective conditions in which it takes place, the variation on which it can act, and the heritability of that variation. We focus on modelling how these components of the Darwinian Machine (i.e. selection, variation and inheritance) change over time as a function of past evolution.

Themes addressed within these projects include evolution of:

The successful candidates will build mathematical/simulation models to develop our understanding of how ecological, developmental and reproductive feedbacks alter evolutionary dynamics and test the utility of learning theory to characterise them.

For further information and applications, refer to the university recruitment portal or contact Dr Richard Watson. 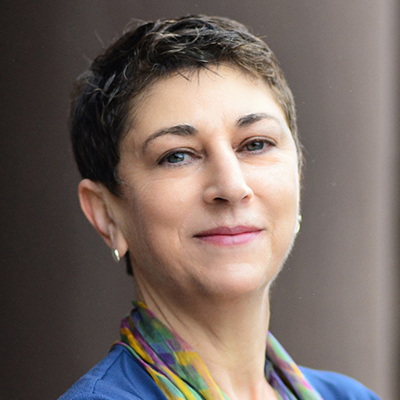 Sonia E. Sultan is a plant evolutionary ecologist and Professor of Biology at Wesleyan University. Her research group studies ecological development or ‘eco-devo’: how individual plants develop and function differently in response to different environmental conditions, in particular to factors that vary in nature such as light and shade, soil moisture, and key nutrients. Sultan has been a major contributor to the empirical and conceptual literatures on plasticity and niche construction and their roles in adaptive evolution. She published many of these ideas in a book entitled Organism and Environment: Ecological Development, Niche Construction and Adaptation (Oxford University Press, 2015). She will contribute to the EES research program by working on Project 12 (Non-genetic inheritance and adaptation to novel environments) and participating in workshops.

Massimo Pigliucci is the K.D. Irani Professor of Philosophy at the City College of New York. He has made seminal contributions to both evolutionary biology and the philosophy of biology, and was one of the founders of the extended evolutionary synthesis movement. Pigliucci was elected a fellow of the American Association for the Advancement of Science “for fundamental studies of genotype by environmental interactions and for public defense of evolutionary biology from pseudoscientific attack.” He will contribute to the EES research program by working on Project 2 (The EES in philosophical perspective) and participating in workshops.