Niche construction, feedback cascades, and how food is produced in Polynesia 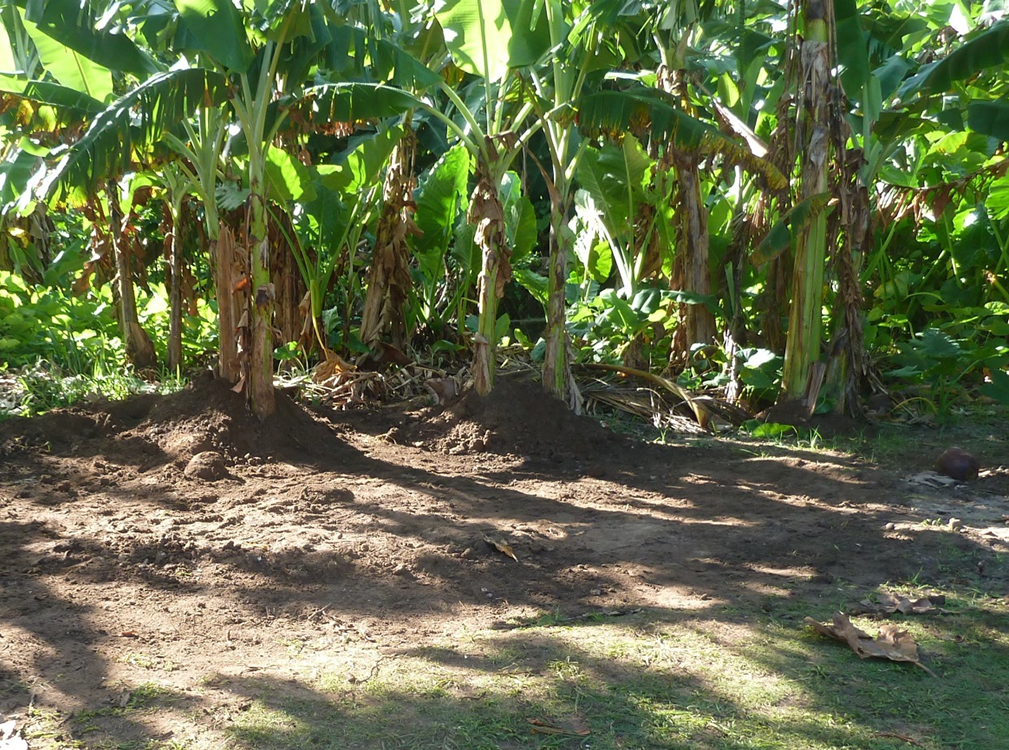 Shifting cultivation in Sāmoa in the last three millennia has resulted in the deposition of volcanic sediments on otherwise calcareous coastal plains. Mixture of volcanic and calcareous sediments created a productive cultivation medium in which several crops, including bananas, are cultivated today. Image: Seth Quintus

Few cultural practices are more fundamentally tied to the environment than agriculture. Because of this, archaeological explanations for the development of food production systems throughout the world have privileged the concept of adaptation. Adaptation in this context has referred to the functional role played by agricultural techniques in an environmental context, for instance the development of drainage ditching in marshlands, though the definition of adaptation is rarely made explicit. Given this particular usage of the term adaptation, the archaeological investigation of “adaptation” has largely centred around the role of the external environment, both physically and culturally defined. Frequently, explanatory narratives evoke a variety of catalysts that range from climate change to socio-political demands within particular environmental settings. While these factors have no doubt affected the evolutionary rate and trajectory of food production throughout the world, understanding the actual manifestation of agricultural systems at any given time requires evaluating the evolution of selective pressures resulting from feedback loops linking human cultural practice and ecological change.

No person would argue that humans are not actively involved in the generative process of food production and the development of techniques that make that process easier or more efficient. In fact, the whole point of agriculture is the creation of an environment by humans that can support the growth of an organism that has been taken out of its natural range. In other words, agricultural change is a perfect example of niche construction. (Niche construction is the process whereby organisms modify the niches of both themselves and other organisms, resulting in modified selection pressures). This is best illustrated by the islands of Polynesia where populations colonized an array of differing island environments, ranging from temperate continental New Zealand to tropical coral atolls. The role of environmental fit has previously been recognized in deciphering the variation of pre-European agricultural forms in the region,1 though, like elsewhere, the role of feedback and reciprocal causation has not been explicitly appreciated.

Humans create environments to counteract ecological factors that would hinder plant growth. In Polynesia, this is manifested in the creation and spread of agricultural techniques. The actual form of technique used was dependent on inherited cultural knowledge and the context of the island environment into which farmers moved. Colonizers originally brought with them a suite of animals (e.g. pigs, dogs, chickens), crops (e.g. taro, breadfruit) and knowledge of agricultural techniques (e.g. arboriculture, dryland production), as well as parasites and non-domesticated commensals (e.g. Polynesian rat). Not only did humans have direct impacts on the new ecosystems they encountered, but their introductions had profound and long-lasting ecological consequences. This is especially true of the Polynesian rat that spread across most islands in the region, and some local sequences of deforestation have been tied to the spread of these animals.2

From the generally shared cultural practices and somewhat differing suites of introductions, the need to counteract different kinds of selective pressures (e.g. temperature, flooding, evapotranspiration (evaporation from soil and plants)) in different environments across different spatial and temporal scales created great variation in agricultural practices. For example, stone and shell mulches were used to regulate soil moisture and temperature by farmers at the corners of the Polynesian triangle – Hawai’i, Rapa Nui, and New Zealand. Likewise, field walls and embankments were built in some environments where they reduced evapotranspiration through decreased wind flow across the surface of fields. In wetter environments, farmers across Polynesia created irrigated pondfields of variable forms based on the local topography and human labor available. In many cases, the innovation that followed entry into new environments made use of pre-existing or known techniques, retooling them to meet present needs. These processes speak to the plasticity of basic forms and the central role of exaptation throughout each island’s agricultural sequence.

While the actual modification of the environment to counteract selective pressures is an important component of agricultural sequences, the feedback loops created by these actions are what create evolutionary trajectories and are often unrecognized in investigations of agriculture based on the concept of intensification. Modified environments and cultural variants (e.g. agricultural infrastructure and techniques) are transmitted to subsequent generations of humans and other organisms in that environment. Intentionality is not required for inheritance to occur, and unintentional consequences to both physical and cultural environmental modifications can play a significant role in creating opportunities or constraints for future production techniques. This process continues, accumulates, and cascades over the course of hundreds or thousands of years to create historically contingent sequences of change.

To fully understand an agricultural system, then, we must understand the historical foundations of that system and explore how those foundations fed back into it at various times to create novel practices that would eventually also feed back into developmental trajectories. The strength of niche construction theory in this context is its ability to integrate the process of evolution and the history within which that process occurs. Too often in examinations of agriculture in archaeology time periods are thought of as independent cases. Niche construction allows us to see how these divergent time periods, and the cultural practices occurring in these time periods, are connected. 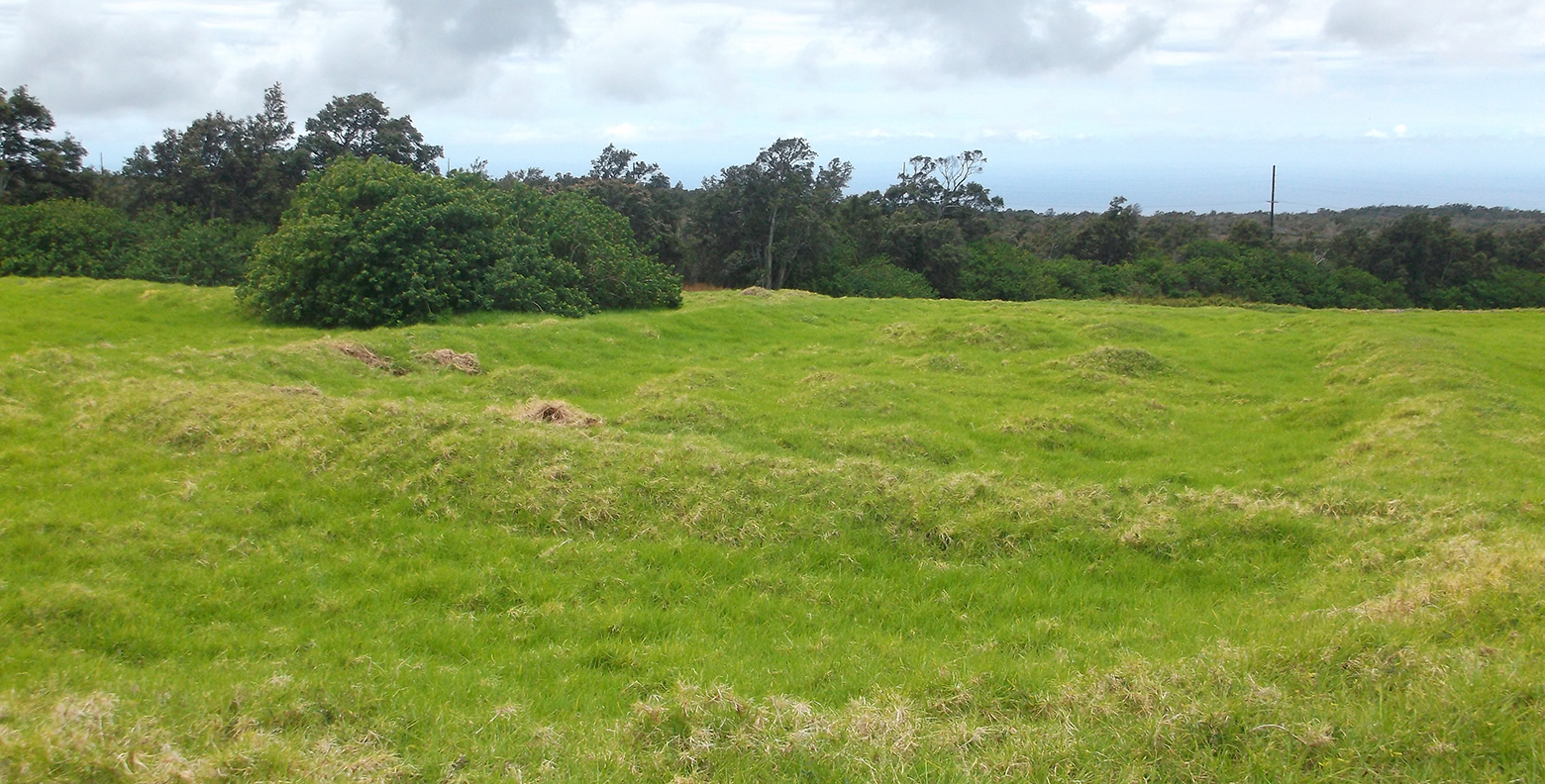 As one example, the deforestation of islands tied to both human and Polynesian rat activities has profound impacts on the selective context of future generations. Deforestation opens additional land for cultivation, but it reduces an important raw material and changes the water balance of the area. In Rapa Nui, deforestation was followed by investments in agricultural techniques that counteracted components of this next selective context by reducing evapotranspiration.3 Such strategies extended across large swaths of the landscape, and were instrumental to the continued sustainability of the population until European contact.

A further example is the well-documented role of erosion in creating alluvial flats conducive to the construction of pondfields.4 Shifting cultivation practiced early in cultural sequences across several island groups induced erosion by exposing hillslopes to increased precipitation. While this process reduced the fertility of the hillslopes, it created fertile valley bottoms that were then used intensively. This had further ramifications for the cultural sequence as these valleys were often physically highly circumscribed. With the loss of fertility on the more expansive hillslopes, growing populations began to compete for these more circumscribed wet landscapes.5 This is well-documented on the island of Mangaia where a relatively unique form of political system developed based on the connection between conflict and food production because of constraints caused by previous human-induced environmental change.

The proliferation of agricultural elements (e.g. infrastructure, vegetation, soils), more generally, is yet another example. Once created, agricultural resources – such as walls, terraces, and ditches – endure on the landscape and these enduring landscape modifications save labor as they only need to be created once.6 Such investments accumulate over time to increase the spatial extent of modified landscapes or, said another way, the area over which selective pressures had been modified. The counteraction of selective pressures that prohibit plant growth across such a large area leads to opportunities for more extensive cultivation. Agricultural infrastructure also creates conditions for social exploitation as infrastructure ties farmers more closely to the land. Emergent elite are able to exploit individuals tied to the land as it becomes costly to leave the infrastructure they had built. This is comparable to modern families refusing to leave hazard zones because of the physical and emotional labor expended on that place.

Once regional political units are in place, a further feedback loop is introduced. Social ties create a situation wherein the performance of one production technique comes to influence the practice of another. For Hawai’i, it has been argued that the development of regional social units created context wherein production could be expanded to more marginal environments because loss in marginal environments could be buffered by over-production in more fertile regions. In good years, when the marginal environments produced, surplus would be larger than previous times.

The end result of the continued construction and expansion of agricultural niches were large tracts of modified environments quite dissimilar to the environments encountered when the islands were originally settled. The extreme modification of environments into economic landscapes enabled populations to grow and thrive in otherwise resource-limited conditions, a pattern that is especially clear as one moves east across the Pacific and into more and more restrictive natural terrestrial environments for humans. Societies altered the natural vegetation to such a degree that economic species account for some 95% of vegetation on some small islands.7 The implications of this degree of modification are seen not only in human diet, but also the diet of their commensal species in heavily modified landscapes.8 Human survival on many Polynesian islands, especially those that are small, relied immensely on the ability of the human population to change a natural environment into one that was economically productive.

Far from affecting only humans, the result of ecological and cultural inheritance comes to alter the evolutionary trajectory of other plants and animals. This is thoroughly documented for domesticated species, but recent research has demonstrated how long-term investments in human economic vegetation and bird predation affect seed dispersal mechanisms and bird nesting activity.9 While this research has only recently begun, the central tenets of niche construction theory predict additional reciprocal interactions between human activities and other organisms over long temporal spans.

The foregoing calls into question how we think about the past. The general public views archaeology as historical, important for understanding where we came from but not particularly useful for anticipating where we will go. Contrary to this view, the placement of the development of agriculture into an extended evolutionary synthesis speaks to the need to rethink the role of archaeology in contemporary problem solving. Modern landscapes are not exempt from the process of ecological inheritance, nor are our current cultural systems. This is especially important in modern small-island states that are striving for enhanced food sovereignty and food security. Addressing these issues is complex, but one overlooked mechanism is the use of products of ecological inheritance. Modern island landscapes still include large quantities of modified vegetation, soils, and infrastructure that are the product of long-term human actions to counteract the environmental pressures of particular places. While we do not advocate the wholesale reinstitution of techniques and strategies used in the past, we do advocate increased use of another ancestral pattern: an innovative retooling and rethinking of inherited agricultural forms and landscapes that counteract local ecological pressures to meet the needs of present cultural systems.

Ethan E Cochrane
Senior Lecturer in Anthropology, University of Auckland
Back to top