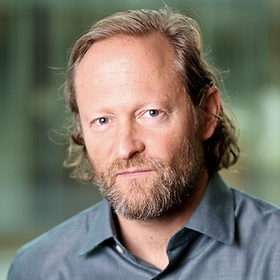 David Krakauer is the President and William H Miller Professor of Complex Systems at the Santa Fe Institute, New Mexico, USA. A graduate of the University of London, Krakauer earned degrees in biology and computer science before receiving his PhD in evolutionary theory from Oxford University in 1995. He remained at Oxford as a postdoctoral research fellow, and two years later was named a Wellcome Research Fellow in mathematical biology and lecturer at Pembroke College. In 1999, Krakauer accepted an appointment to the Institute for Advanced Study in Princeton and served as visiting professor of evolution at Princeton University. He moved on to the Santa Fe Institute as a professor three years later and was made faculty chair in 2009. Krakauer has been a visiting fellow at the Genomics Frontiers Institute at the University of Pennsylvania and a Sage Fellow at the Sage Center for the Study of the Mind at the University of Santa Barbara. In 2012 Krakauer was included in the Wired Magazine Smart List as one of 50 people "who will change the world". Krakauer's research focuses on the evolutionary history of information processing mechanisms in biology and culture. This includes genetic, neural, linguistic and cultural mechanisms. His research spans multiple levels of organization, seeking analogous patterns and principles in genetics, cell biology, microbiology and in organismal behavior and society.