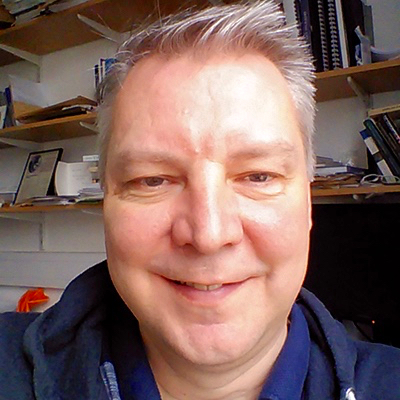 Richard Watson is an Associate Professor in the natural systems research group at the University of Southampton's School of Electronics and Computer Science. He received his BA in Artificial Intelligence from the University of Sussex in 1990 and then worked in industry for about five years. Returning to academia, he chose Sussex again for an MSc in knowledge-based systems, where he was introduced to evolutionary modeling. His PhD in computer science at Brandeis University (2002) resulted in 22 publications and a dissertation addressing the algorithmic concepts underlying the major transitions in evolution. A postdoctoral position at Harvard University's Department of Organismic and Evolutionary Biology provided training to complement his computer science background. He now has over 50 journal and conference publications on topics spanning artificial life, robotics, evolutionary computation, population genetics, neural networks and computational biology. At Southampton, he's building his research programme and leading preparation of a new MSc in complexity science. He is the author of Compositional Evolution: The Impact of Sex, Symbiosis, and Modularity on the Gradualist Framework of Evolution (MIT Press, 2006).