Understanding the role of plasticity in evolution 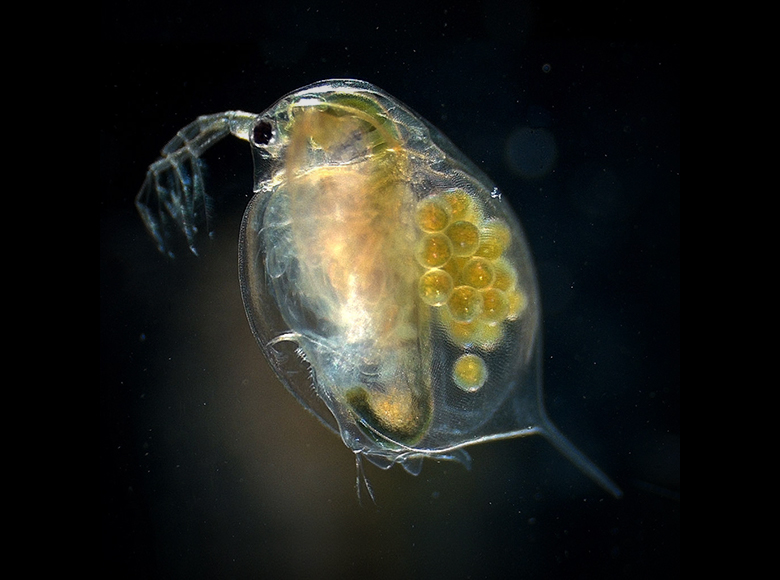 No modern-day biologist doubts that the development, physiology and behaviour of living beings are influenced by their environment. Plasticity is everywhere and, in many instances, it has clearly been shaped by natural selection. Plastic responses can be sophisticated strategies for survival and reproduction, but the same could be said for every adaptive feature of living beings – from horns to pheromones to behavioural displays. So why is plasticity a key theme of the EES?

Yet, that plasticity evolves is only the beginning of its impact on evolution. The evolution of plasticity does something more than make individuals suited to their surroundings: it defines the ‘rules’ that connect environment and phenotype. In the classic view these rules take the form of genetic ‘if x then y’ programs which modify an otherwise genetically-specified phenotype. The EES framework recognizes that development is always the result of interactions with the environment. Rather than being just a strategy for survival, plasticity becomes a necessary component to create phenotypes. And since natural selection depends on the ability to create new phenotypes, constraining the variation produced in new environments will potentially steer the course of evolution.

Consider for instance corals that occasionally experience hot temperatures. In order to buffer the heat damage, these animals have evolved specific heat-shock proteins (HSPs), increasing the amount of HSP in proportion to the water temperature. Since the production of HSPs is tied to the environment, these very same corals may produce an adequate increase in HSP production even if exposed to temperatures they have never seen in their evolutionary history (i.e., the response is an extrapolation). Natural selection has made corals ‘learn’ general rules of how to survive when the temperature changes. In other words, plasticity in the developmental system introduces bias towards specific phenotypes when the environment changes.

Since variation is the raw material for natural selection, different kinds of plasticity can shape the path of evolution. In this case, the path promoted by plasticity will be using HSP buffering rather than any other possible mechanism to survive in the new environment. Plasticity explains the origin of variants that are fit, not just how fit variants prevail.

But how useful is plasticity for evolving populations? Extrapolation only gets things right when environmental change means more (or less) of the same, not when it means something distinctively new.

Consider the water flea, affectionately known as Daphnia to biologists. Daphnia populations in temperate climates are adapted to ponds that freeze in winter. Individuals respond to the shorter day length, that signifies that winter is coming, by producing a special type of egg – resting eggs – that can survive the cold and hatch in spring. 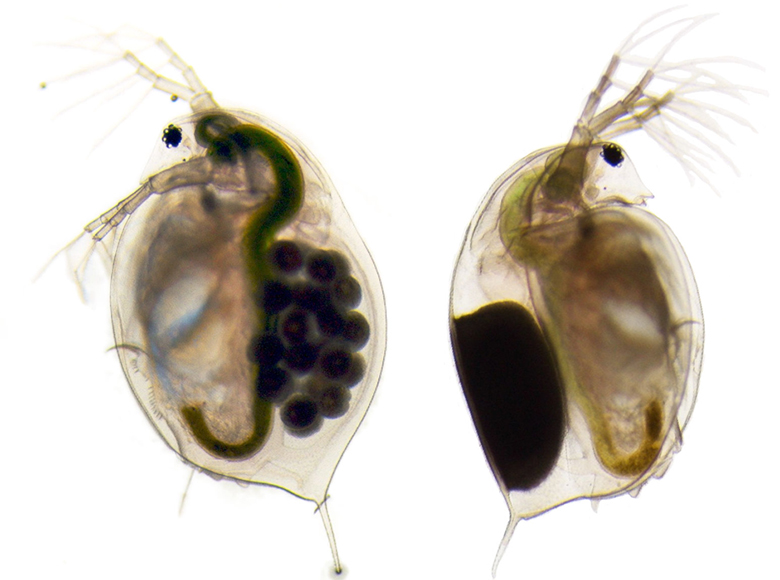 Daphnia magna females with eggs. Left: female producing a full brood of normal eggs, which will hatch in the mother and be released as live juveniles. Right: female producing a single hard-shelled resting egg, capable of surviving drying and freezing. Image courtesy of the Orsini lab.

The sensible rule ‘produce resting eggs when day length is short’ is, however, useless to Daphnia populations that live in Mediterranean ponds. Those ponds never freeze. Instead, they often dry out in summer. Mediterranean Daphnia therefore lay resting eggs only when days become longer, indicating the onset of the dry season. The rule connecting day length with reproductive biology is effectively reversed: the same pieces arranged with a different logic.

This reversal would seem to imply that plasticity hinders, rather than facilitates, adaptation to a different climate. But this conclusion may be too hasty; it ignores that plasticity is a property of the developing system, not the genotype alone.

The evolution of plasticity in Daphnia requires a mechanism that senses the change in day length (cues), one that produces resting eggs (response) and a way to transmit the signal from one to the other. Since both the cues and the response are the same for Daphnia in Italy and Sweden, the only change required is to determine when activation signals are transmitted. The evolution of plasticity thus reduces the number of random genetic changes needed to produce a locally adapted phenotype.

Could evolving plasticity also make organisms better at adapting to entirely new habitats, maybe even by using cues they have not previously experienced?

There are reasons to expect that this may be the case. Recent work shows that the similarities between how neural networks learn and how genetic networks adapt is more than a loose analogy. Armed with tools from learning theory, we can now assess whether evolving plasticity makes organisms better or worse at evolving new solutions, investigate which mechanisms underlie adaptive change, and predict what signatures of plasticity-led adaptation could look like in real organisms.

It is time to put the role of plasticity in evolution to the test.

How Can Evolution Learn?

An accessible introduction to how evolving systems can ‘learn’ in ways that enable them to adapt to conditions they have not yet experienced.

An innovative and comprehensive treatment of the role of plasticity in evolution.

Local adaptation of sex induction in a facultative sexual crustacean: insights from QTL mapping and natural populations of Daphnia magna.

A first foray into the local adaptation of resting eggs and its genetic underpinnings.

On the origins of novelty in development and evolution.

An in-depth review of the evidence for interactions between plasticity, development and evolution.