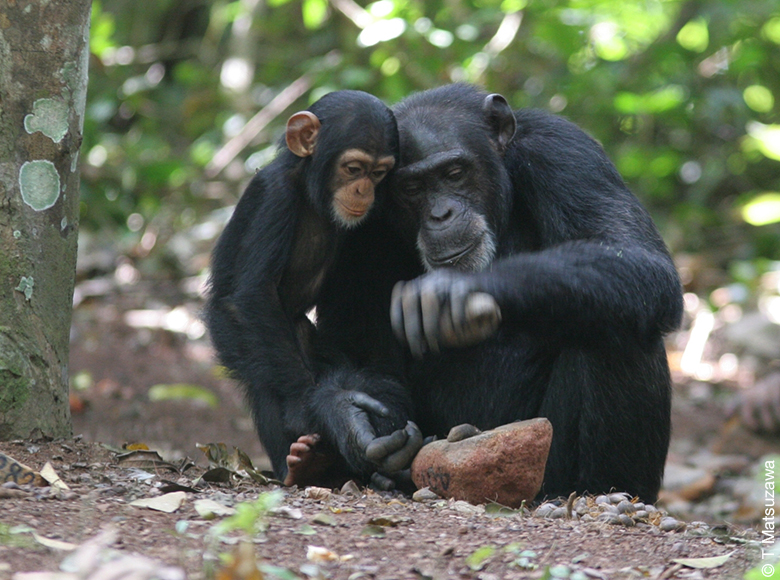 Nut cracking is one of several culturally transmitted behaviors in chimpanzees

In November, a colloquium of the National Academy of Sciences, entitled The Extension of Biology through Culture, celebrated a coming of age of animal social learning research. The meeting, co-organised by ourselves, Marcus Feldman and Francisco Ayala, was a striking testament to how far the study of animal culture has come in recent decades and the truly remarkable set of findings uncovered (footage of several of the talks are available here and here). Speaker after speaker described compelling evidence for social learning being central to the lives of diverse animals, including apes, monkeys, whales and dolphins, birds, fishes, insects and of course, humans. Culture (at least, broadly conceived as the social transmission of learned knowledge) can no longer be construed as the exclusive province of humanity. Social transmission is a major means by which many animals adjust to, and exploit, their environments; a revelation with important implications for evolutionary biology.

Evidence for animal culture has grown exponentially, as long-term field studies have matured, and sophisticated experimental and theoretical methods for diagnosing social learning in the wild have been devised1,2. Learned traditions in migratory behavior, vocal communication, tool use, foraging behavior, and anti-predatory behavior are now demonstrated in all major classes of vertebrates and several insect groups. For instance, chimpanzees, orangutans, gorillas, macaques, capuchins and several other primates are known to exhibit population-specific traditions for eating particular foods (often reliant on learned foraging techniques) and forms of social behavior3-5. There is extensive evidence for the transmission of songs, calls, migratory pathways and foraging techniques amongst whales and dolphins6. Cross-fostering and other translocation studies provide experimental evidence that birds, such as blue tits, great tits and whooping cranes, and fishes, such as French grunts and Bluehead wrasse, learn aspects of their foraging niche, vocalizations, courtship behavior, mating-site selection and migratory pathways from their companions7-9. Even in insects, such as honeybees, bumblebees and fruit flies, the evidence for social learning of foraging behavior, anti-predator responses and mate choice has become substantial and compelling10. 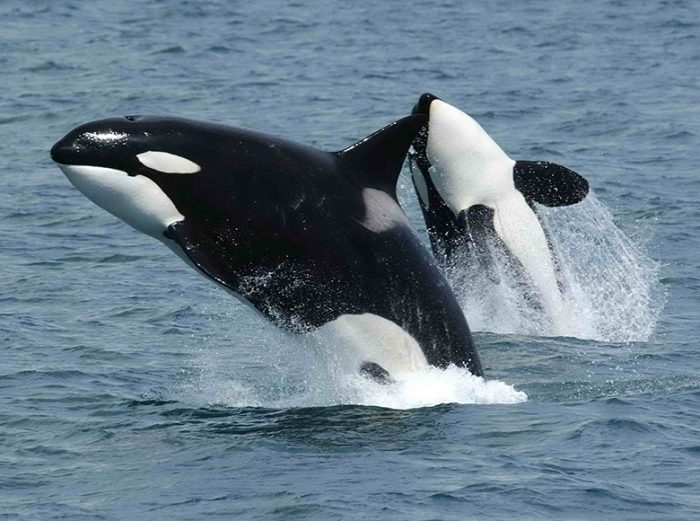 Cultural traditions may be driving speciation in killer whales

Does it matter to the scientific understanding of evolution if animal social learning is widespread? We think it might, for several reasons.

Culture must now be recognized as a major source of adaptive plasticity amongst many animals – a principal (often the principal) means by which animals adapt to their environments. For illustration, in the guppy alone there have been experimental demonstrations of social learning of routes to food sites, food-patch preferences, novel feeding behavior, female and male mating preferences, natural and artificial predator evasion behavior, predator recognition and predator inspection20. This breadth of influence appears to be widespread amongst many vertebrates. Evolutionists increasingly recognize that genomes (over hundreds to thousands of generations), epigenetic modifications (over tens of generations), and parental effects (over single-generation time spans) collectively inform the adaptive adjustments of organisms21,22. Cultural inheritance in animals (over timespans ranging from seconds to millennia) must now be added to the mix.

While animal cultures can be sustained for long periods (e.g. 4300-year-old archaeological remains of chimpanzee stone-tool use23), it would be a mistake to assume that culture must exhibit gene-like stability to be evolutionarily important. There are at least three cases where strong experimental and/or theoretical evidence suggests that short-lived animal traditions influence evolution. One is mate-choice copying, where the choice of mating partner is influenced by the mate-choice decisions of other individuals, found in fruit flies, fishes, birds, and mammals2. Mate-choice copying propagates mating preferences over short time periods, such as a single season, yet population-genetic models have shown that it can strongly affect the strength of sexual selection24, while experimental data reveal that it generates ‘fads’ in the characters that females find attractive25. Another illustration comes from studies of bird song, where mathematical models have shown that song learning can affect the frequency of alleles that influence song acquisition and preference26, promotes the evolution of brood parasitism27, and facilitates speciation28. A third case is the socially transmitted mobbing of cuckoos by reed warblers, which affects the balance of costs to benefits in the evolution of brood parasitism29. There are other candidates too, such as circumstantial evidence that cultural differences in foraging behavior are leading killer whales to split into several species6.

While the parallels between genetic and cultural inheritance are well-established30, cultural transmission is nonetheless mechanistically different from genetic transmission, and cannot simply be treated as ‘just another class of gene’. For instance, cultural inheritance allows for the spread of phenotypic traits amongst unrelated individuals, whilst animal innovations (the analogue of mutation) are typically not random but rather functional and adaptive31. There is now extensive experimental evidence that animals often copy according to the success associated with traits32. This allows functional behaviors to spread rapidly through animal populations (often within a single generation), becoming an important source of phenotypic accommodation, and setting the scene for genetic change in a ‘plasticity leads, genetic change follows’ scenario33.

Culture is not under tight genetic control

Experimental data demonstrate that cultural transmission cannot legitimately be treated as ‘under genetic control’. Natural selection shapes the capabilities underlying animal social learning, rather than specifying the precise content of resulting cultural behaviors. Early studies, in which rhesus monkeys were conditioned to acquire a fear of snakes but not flowers through observing fearful companions34, appeared to suggest tight constraints on learning. Subsequent research has established that observational fear learning is extremely widespread in animals35, an ancient mechanism through which animals acquire novel fears. For instance, blackbirds learn to recognize and mob predators through social transmission but will also acquire a fear of random objects such as plastic bottles in this manner36. Selection may sometimes fine-tune the perceptual systems of animals (e.g. leaving snake-shaped objects particularly salient to rhesus monkeys) but it is not clear that it greatly constrains general learning capabilities. Natural selection does not dictate what a given rat eats, or what a given whale sings, which varies from one population to the next. This would appear to be a general pattern: the precise phenotype cannot be specified without knowledge of local behavior.

More than anything, such findings highlight exciting opportunities for investigating the evolutionary consequences of animal culture. We encourage greater integration between the social learning and evolutionary biology communities to explore these fully.

Yet increasing awareness of the extent and functional significance of social learning amongst animal behaviorists stands in contrast to the limited impact of these data on the field of evolutionary biology in general. Whilst expanding conceptions of inheritance are becoming a major focus of enquiry for biologists11-13, this attention has primarily been driven by excitement over epigenetic inheritance14,15, supported by data on the transfer of physical resources (antibodies, symbionts, hormones) from parents to offspring16. The broad implications of a second general inheritance system mediated by social transmission remains strikingly absent from major evolutionary biology textbooks, which either entirely ignore these data or allot minimalist treatments to, say, birdsong or chimpanzee tool use17-19. Seemingly, the quiet revolution that has taken place within the field of animal culture has to date gone largely unnoticed within evolutionary biology. 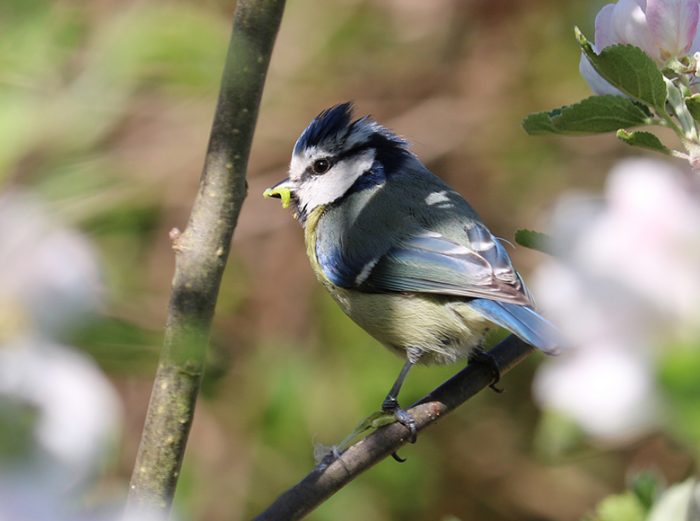 Andrew Whiten
Emeritus Professor of Psychology, University of St Andrews
Back to top