Workshop report: Cause and Process in Evolution 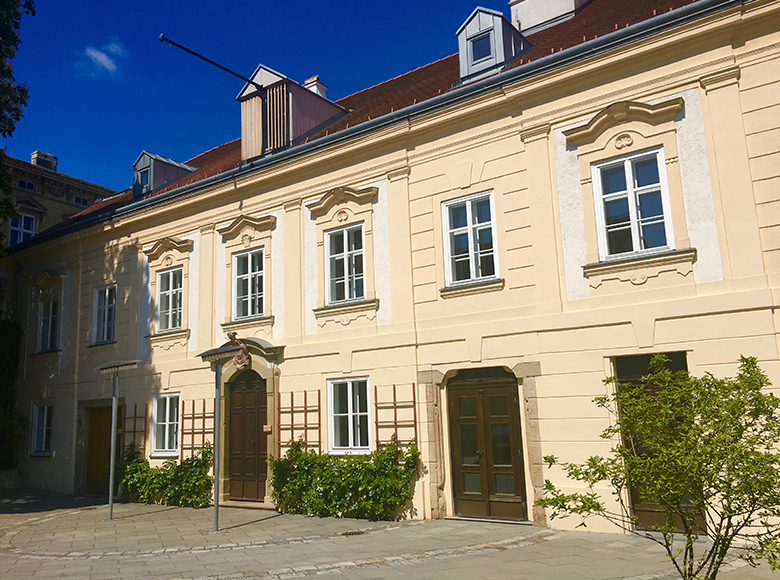 The workshop took place at the Konrad Lorenz Institute for Evolution and Cognition Research (KLI) in Klosterneuburg, Austria (near Vienna). The KLI happens to be my current scientific home, and it was a privilege to be able to attend the talks and discussions. Co-organizer Tobias Uller opened the workshop, highlighting the decades-old dichotomy between proximate and ultimate causes in biology: “A proximate cause is an immediate, mechanical influence on a trait: say, the influence of day length on the concentration of a hormone in a bird’s brain. Ultimate causes are historical explanations; these explain why an organism has one trait rather than another, often in terms of natural selection.” Put simply, proximate causes answer “how” questions, while ultimate causes answer “why” questions.

It was Ernst Mayr, one of the 20th century’s leading evolutionary biologists, who firmly established this dichotomy in the field of evolutionary biology, and according to whom ultimate causes (and in particular natural selection) are the only ones necessary to explain and predict evolutionary change. However, as Uller then pointed out, there is an increasing number of biologists who believe that there are other, and in particular also proximate, causes that can explain and influence how evolution unfolds. Some of the specific mechanisms he listed are phenotypic plasticity, extragenetic inheritance, and niche construction. 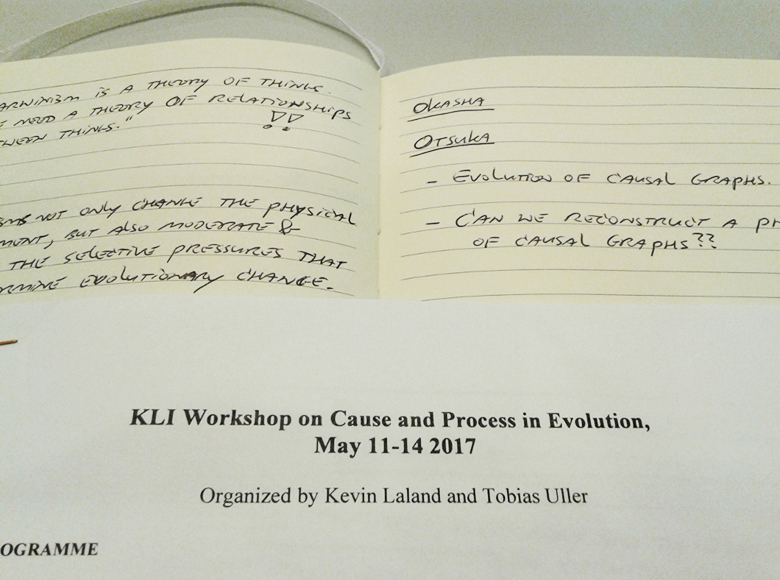 The KLI Workshop on Cause and Process in Evolution

Phenotypic plasticity is a general term for the phenomenon that a single genotype can give rise to different phenotypes, or that an organism can change its phenotype, for example under the influence of environmental factors or changes. Examples are the ability of some plants to alter leaf size and thickness depending on the amount of available light, or the development of certain types of crocodiles and turtles into males or females depending on ambient temperature. In her lecture, Susan Foster stressed that “plasticity is ubiquitous across all levels of biological organization.” Some of the more traditional evolutionary biologists argue that phenotypic plasticity itself is an evolved (and therefore genetically determined) trait. However, Sonia Sultan presented several case studies on plants showing that at least some of this plasticity is shaped by inherited environmental information, possibly even over several generations. Furthermore, Renee Duckworth showed evidence that in some bird species maternal stress determines (in part) offspring traits.

Niche construction refers broadly to the ability of organisms to change their own (and other species’) environment. However, if natural selection is the result of a species’ interaction with its environment, this would mean that species can change the selective pressures that they are subjected to. Moreover, according to Lynn Chiu, “organisms not only change their physical environment, but also moderate & mediate the selective pressures that cause/determine evolutionary change.” Kevin Laland summed it up as follows: “The organism influences its own evolution by being both the object of natural selection and the creator of the selective pressures that act on it.” In other words, organisms themselves are causally important for their own evolution, for example through niche construction. 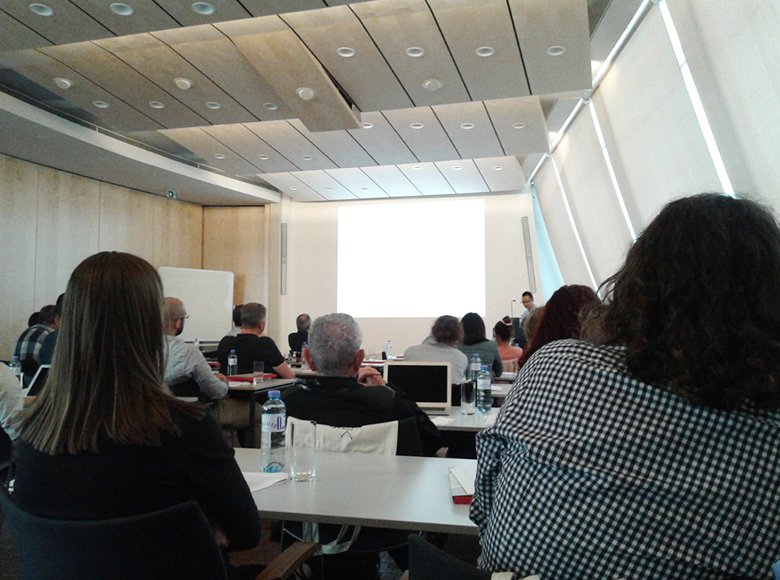 Another aspect that was given much attention during the workshop is that of development, the process of a fertilized egg turning into an adult organism. Armin Moczek showed beautifully how evolution often proceeds by combinatorially reshuffling and recombining the same basic (molecular) building blocks and (chemical) pathways, even if these sometimes have a different underlying genetic basis, while Johannes Jaeger stressed the importance of dynamical systems modeling to really understand development and its importance for evolution. Arlin Stoltzfus reiterated that developmental processes can be just as much a source of variation in evolution as genetic mutations, and Massimo Pigliucci repeated the words of philosopher Ron Amundson that “an understanding of evolution requires an understanding of development.”

So, do we need an extended evolutionary synthesis, one where phenomena and processes like phenotypic plasticity, niche construction, and development play a causal role, next to genetic variation and natural selection? In other words, should the “Modern Synthesis” of evolutionary theory be extended with proximate causes, next to ultimate ones? Obviously most people at the workshop answered this question affirmatively, and Richard Watson even argued that these “extensions” are indispensable to explain the major evolutionary transitions from individual units of selection to collections-of-individuals units of selection (e.g., the transition to multicellularity, or to eusociality). But there were also a few participants who were somewhat skeptical, or “still on the fence”, as some expressed it. Either way, I certainly learned many interesting new things about evolution and evolutionary theory, providing much food for thought. Thanks to this workshop I have a better picture of what the extended evolutionary synthesis debate is all about, and it will be interesting to continue following it.

Cause and Process in Evolution was a small workshop organized by the EES research program, held at the KLI in Austria on 11-14 May 2017. More information about the workshop can be found on our events page, KLI website and Twitter hashtag #CAPIE2017.

This post was originally published on Wandering Wim’s Blog, 14 May 2017

See more posts from Wim on his personal blog, Wandering Wim’s Blog, and in + Plus Magazine: Living Mathematics