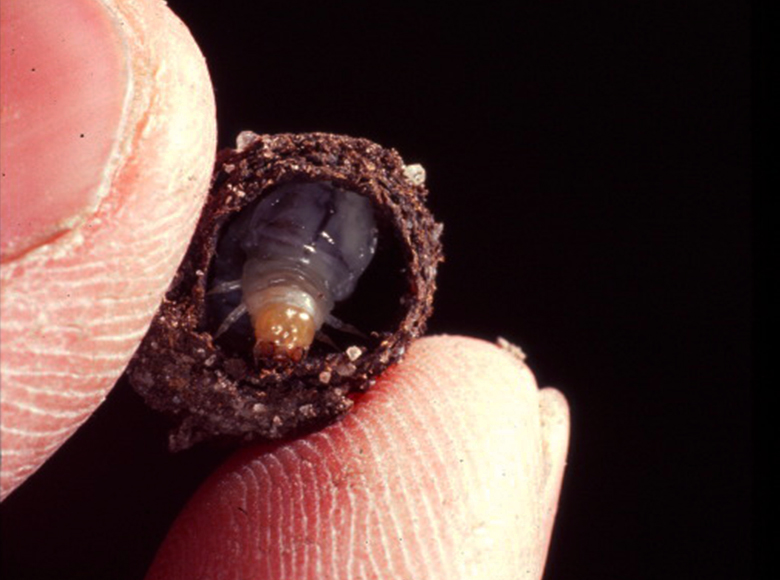 Understanding the extraordinary fit between organisms and their environments, or the nature of adaptation, is a long-standing focus of evolutionary biology. Traditionally, evolutionary biologists have focused on two routes to adaptation: organisms may adjust their phenotypes developmentally during their lifetimes through phenotypic plasticity, or across generations through evolved genetic changes in phenotype expression. A growing body of work suggests, however, that a third route may be similarly important. Here, rather than adjusting their traits to suit environmental challenges, organisms systematically modify their environment to suit their traits – a process known as niche construction.

In principle, niche construction requires two criteria to be met: (i) the organism must significantly modify environmental conditions, and (ii) these modifications must influence selective pressures on a recipient organism (itself or others)1. For evolution by niche construction to occur, a third criterion must be met: (iii) there must be an evolutionary response in one or more recipient populations1.

Providing evidence in support of these criteria and evaluating their consequences is, however, challenging, in part due to a lack of study organisms in which putative niche constructing behaviors can be experimentally removed or otherwise altered. Further, the exact mechanisms by which constructed niches may then feed back on development and fitness remain largely unknown. This is where Onthophagus dung beetles are emerging as a potentially powerful study system.

Previous work suggested that Onthophagus beetle larvae may engage in niche construction while residing in their larval environment, the so called brood-ball. The brood ball is a ball of dung constructed by an adult female into which she deposits a single egg on a pedestal of her own feces. It constitutes the sole amount of food larvae have available to complete their development, and the maternal pedestal serves as source of maternal microbiota that we had previously shown to substantially enhance larval development2.

Once inside the brood ball, larvae modify it by feeding on the dung, defecating within  (thereby possibly spreading maternally inherited microbes), and refeeding on the resulting mix, all while sculpting the brood ball in preparation for pupation.  We developed a method to experimentally manipulate and limit the degree to which larvae could engage in these behaviors, allowing us to assess the effects of putative niche construction on trait variation and fitness. Further, we replicated this effort across three species to assess whether niche construction itself as well as its role in development may be diversifying over short phylogentic distances. And lastly, we asked whether any effects of niche constructing behaviors may be mediated by a microbial community inherited from mothers and spread actively around the environment by larvae, to form what is sometimes referred to as an external rumen, in which microbes break down complex food sources (like dung) to the benefit of their hosts.

In support of our predictions, we found that beetles grew faster and to larger sizes when allowed to engage in larval brood-ball modifications, though the extent of this feedback differed from species to species, suggesting that the role of niche construction in development can evolve even among closely related species. Experimental removal of niche construction behaviors also affected fitness, measured as the number of offspring produced by adults that as larvae were either allowed to modify their brood ball or not. We also found major effects on the relative sizes, or allometry, of specific body parts, as well as – surprisingly – the degree of sexual dimorphism. For example, suppressing niche-constructing activities completely eliminated sexual dimorphism in tibia size in two of our three species, and significantly reduced it in the third. Few other studies have demonstrated this contingency of sexual dimorphism on modifications to the external environment.

Lastly, we sought to test whether the physiological mechanism that underlies these diverse effects of brood-ball modifications may in part be attributable to the maternally inherited larval gut microbiota. Recall that as the larva defecates and spreads the fecal microbiota throughout the brood-ball, it may assist the larva in digesting this otherwise highly challenging food source. To test this hypothesis, we extracted the microbiota from brood balls that had been modified by larvae, as well as brood balls that had been left unmodified, and assessed what carbon sources the respective microbiota may be able to metabolize. We could show that microbiota derived from brood balls modified by larvae utilized a great diversity of carbon substrates, consistent with the hypothesis that larvae spread their gut microbiota outside their bodies into the brood ball environment, where the microbiome may be able to (pre)digest the brood ball, a process the larva then takes advantage of upon refeeding on previously inoculated brood ball material.

Together, our results show that larval brood-ball modifications generate important environmental feedbacks that affect developmental and fitness outcomes, such as growth, scaling relationships, sexual dimorphism and reproductive success, and that these effects have likely diversified among Onthophagus species. They are largely consistent with the first two conditions of niche construction, and raise the possibility that the extraordinary ecological diversification of dung beetles may in part have been enabled and shaped through the evolution of, and by, niche construction. But further study is clearly required. For example, we have yet to determine whether the kind of carbon source utilization we observed in vitro in our experiment actually also takes place within natural brood balls. Nonetheless, our study provides critical experimental data largely missing from the field on the phenotypic and fitness consequences of niche construction as well as presents a novel physiological mechanism that may underlie these effects.