Research project 10: Host adaptation via change in its microbiome 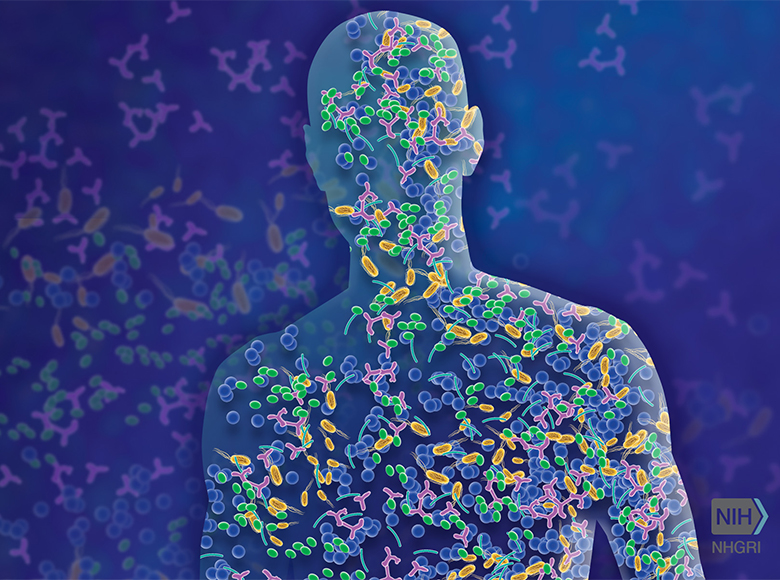 There has been growing awareness of the importance of studying the holobiome – the eukaryote organism with its microbiome – for the understanding of eukaryote evolution1-6. The holobiont complex is a system that flexibly self-assembles through reciprocal interactions between the organisms that participate in it, at multiple time scales6-8. To understand the evolutionary forces acting on these organisms we must treat the holobiont as a full-scale ecosystem within which processes such as niche construction, selection, and evolution take place; there is a constantly-changing symbiotic relationship between the organisms that participate in it and it is a unit of selection in itself4,7,8. Despite the increased interest in the study of the microbiome and its effect on its host, an explicit framework that takes into account the full scope of evolutionary processes that influence it, and are influenced by it, is still lacking.

We are constructing a conceptual and computational framework that will allow us to study holobiome evolution. Our analysis is host-centered, i.e. aimed at understanding how the participation of a host in a holobiont complex influences its own evolution. We are developing computational tools that will enable us to interpret patterns of microbial diversity among individuals and populations over space and time in order to learn about the evolutionary processes that acted on the holobionts in which they occur. Our focus is on learning about adaptation of the host to external challenges, which takes place via changes in its microbiome and not in its own genome. This mode of adaptation has received little attention so far, perhaps because of its peripheral location within the paradigm proposed by the modern synthesis.

This evolutionarily-informed analysis of microbial diversity will improve our understanding of the basic evolutionary processes that shape biological diversity. But it may also prove useful in other fields. It is expected to facilitate the analysis of microbiomes for medical purposes, and it may benefit pest control and nature conservation efforts, by enhancing our understanding of species’ evolutionary dynamics in reaction to changing environments.

Our framework will take into account ecological and evolutionary dynamics acting at multiple levels – the single microbial species within a specific host, the microbial community in a certain host, and the community of hosts with their symbionts. It will also incorporate our understanding of socially- and behaviorally-mediated processes of transmission and non-genetic inheritance of microbiota. We draw an analogy between the action of evolutionary processes at the level of the allele, as in classical evolutionary models, and the manner in which they may operate at the level of the microbial strain, the microbial species, or the host and its microbiome. This analogy is used to derive qualitative predictions about patterns of genetic diversity. We will attempt, for example, to describe the effect of ‘species drift’, analogous to genetic drift, acting on strains of symbiotic bacteria, and its predicted effect on patterns of microbial diversity in a single host and among hosts.

Subsequently, we will implement an evolutionary simulation framework in finite populations, which will allow us to explore the joint effect of multiple processes acting at different levels of the system in parallel (e.g. transmission of microbes, establishment dynamics, and competition between bacteria). We can investigate when certain processes are more dominant than others, and explore the interplay of potentially competing processes.

Our new framework will allow us to learn how hosts adapt to their external environment through their microbiome. Such extra-genomic adaptation, through change to what may be viewed as the holobiont gene-pool, is a key to understanding the evolutionary processes acting on species such as humans, to understanding the evolutionary process in itself, and to evaluating the role of the holobiont as a meaningful evolutionary unit of selection. In combination, these comprise an important part of the extended evolutionary synthesis.

Marc Feldman leads a team of PhD students and postdocs, working on the project entitled, “Adaption through genes, without change to the genome: host adaption via change in its microbiome composition”. This is one of 22 EES research projects and falls under the theme Inclusive Inheritance.