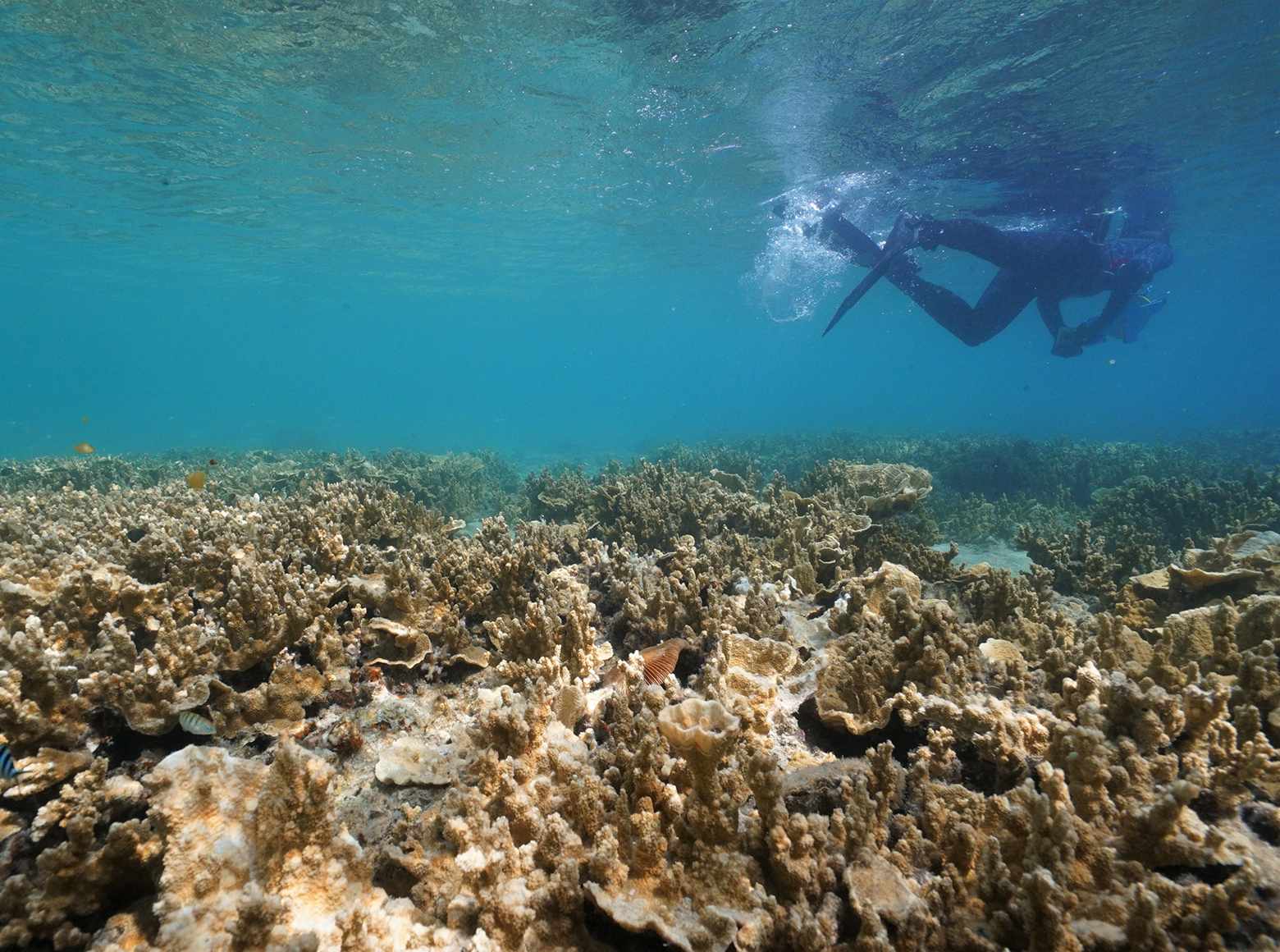 Coral reefs are one of the most biodiverse and threatened ecosystems in the world. Scleractinian corals act as ecosystem engineers and build the three-dimensional framework that provides shelter and food for themselves and all the other species that inhabit the reef. They are characterised by high diversity in terms of species, growth forms and demographic rates, harbouring one third of known marine fish species in less than 1% of the oceans’ surface.1

Most research that deals with corals and their environment is focused on assessing the plastic responses of distinct species to environmental variation. However, despite the recognized role of corals as ecosystem engineers, the effects of corals on their local environments are largely unknown. We don’t yet understand the extent to which different morphologies or coral assemblages influence environmental conditions, such as temperature or flow, and thereby provide varied environmental niches, both for corals themselves and for associated flora and fauna.

The idea that each coral or coral community can provide different environmental niches and buffer environmental effects in diverse ways might be considered obvious, since the three-dimensional coral structure is built by the corals themselves. However, whether there are species-specific patterns associated with each growth form or three-dimensional reef complexity metric is not clear and deserves more attention. If systematic patterns are found in the manner in which particular corals modify their local environments, then coral niche construction could have biased the natural selection they themselves experience, as well as the selection imposed on other reef dwellers. The result may be the capacity of corals to control environmental niches, mediated by their own plasticity, which may be evolutionarily advantageous for certain species relative to others.2

To overcome this scientific gap, I am conducting the first in-field high-resolution and high-frequency environmental data sampling study, using quantitative three-dimensional coral and reef traits to explain local environmental niche differences. This will allow me to quantify how the presence of different coral types affects local environmental conditions (such as temperature, light and flow) and how these conditions feed back to affect coral fitness, and biodiversity.

To generate three-dimensional data on coral structure, I am using structure-from-motion algorithms, a photogrammetric technique that enables us to create digital and measurable copies of the reef surface, by taking (a lot of) underwater photographs of the reef. Thanks to this technique, I can shift from using qualitative (i.e. categorical) definitions of forms to quantitative and continuous ones (e.g. surface area and 3D complexity metrics). This non-invasive methodology will also enable me to infer growth and fitness metrics by comparing reconstructions of the same reef site through time.

The study is taking place in Lizard Island (Australia), where 3D reef reconstructions have already successfully been performed in several reef sites around the island3 by collaborators involved in the project. All coral colony species in these sites have been identified in 2016 during my first expedition with the team and spatially explicit annotations of coral colonies are being updated yearly. My research will focus on nine sites, chosen to be representative of all different current exposures present on the island.

To record environmental variables, 50 temperature and light data loggers are weighted and left in random locations on the bottom of each of my study sites. All data loggers record light and temperature simultaneously every 5 minutes, for a tidal day. Since ready-to-use solutions from the market to measure flow at the same scale are not available, a prototype network of flow sensing units will be tested to detect flow variability within reef sites. The design is inspired by seals’ whiskers and exploits accelerometer capability to give different signals when experiencing different type and intensity of motion.

Analysing different measurable 3D structure traits will help us understand which are the traits that correlate with environmental variation, and which environmental conditions correlate with higher growth rates and successful coral larvae recruitment. Since the relevant morphological traits will be a subset of those considered, it will also be possible to determine the species-specific traits of interest, and to see how plastic these traits are, as a first step towards unravelling their evolutionary repercussions. Organisms with plastic niche-constructing traits may have been able to change their niches to encompass favourable and even novel environmental conditions, thereby affecting natural selection.

This PhD research project is part of ‘Niche construction, plasticity and the diversity of coral reef fauna’ (Project #19 in the EES research program) under the theme ‘Evolutionary Diversification’. The project leader is Maria Dornelas (University of St Andrews).