Who’s afraid of the Extended Synthesis? 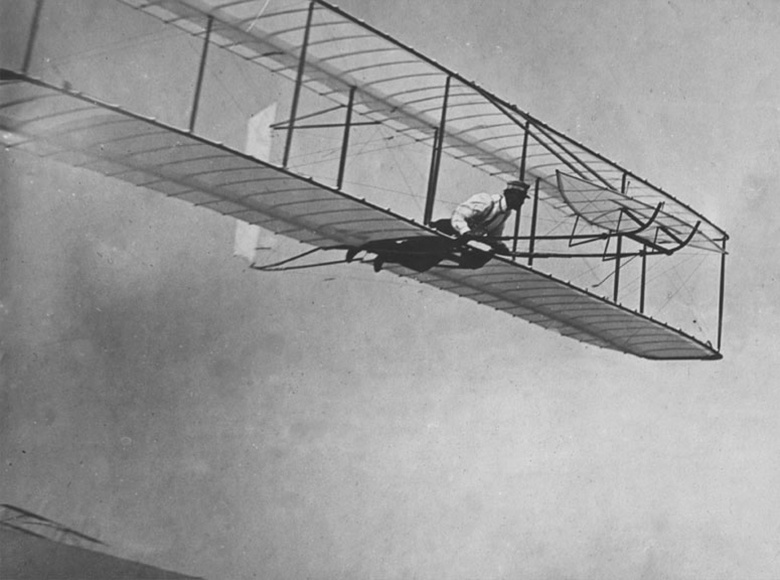 “A new scientific truth does not triumph by convincing its opponents and making them see the light, but rather because its opponents eventually die, and a new generation grows up that is familiar with it.” So wrote physicist Max Planck, in his Scientific Autobiography and Other Papers, (1949, pp. 33–34). That’s a bit drastic, perhaps, but there definitely is a kernel of truth in what Planck stated. Of course, if you happen to be on the other — conservative, shall we say — part of any given scientific debate you will turn to a very different sort of quote for solace, like this one perhaps: “The fact that some geniuses were laughed at does not imply that all who are laughed at are geniuses. They laughed at Columbus, they laughed at Fulton, they laughed at the Wright brothers. But they also laughed at Bozo the Clown” (Carl Sagan, talking about pseudoscience, in Broca’s Brain, 1979, p. 64).

The debate between defenders of the Modern Synthesis and proponents of the Extended Evolutionary Synthesis in biology have been going on for some time now, and it is hard for outsiders to tell whether the unfolding dynamics is better captured by Planck’s or Sagan’s quote. The truth is, of course, that science is a structured social activity that moves forward, in part, precisely through vigorous debates among scientists. Contra popular misunderstanding — even among scientists — “facts” don’t always, or even often, settle matters, because facts do not exist independently of a given theoretical framework, what Thomas Kuhn called a disciplinary matrix, or a paradigm.

That is why constructive dialogue, and even strong disagreement, among scientists is a necessary part of scientific progress . The keyword, however, is “constructive,” which brings me to a recent paper by John Welch, published in Biology and Philosophy and entitled “What’s wrong with evolutionary biology?” It is, as it turns out, a good example of an almost doggedly non-constructive contribution to the MS-vs-EES debate.

The goal of Welch’s paper is explicitly not to move evolutionary biology forward, in one fashion or another, since his opinion is that the current state of the field is just fine. It is, rather, to account for what he thinks is this strange phenomenon of a persistent number of people (yours truly, cited a number of times, included) who keep whining about “urgent reform.” Why is this happening? asks Welch, and attempts to provide not a scientific, but sort of a sociological answer.

The first move by Welch is an attempt to convince his readers that there is nothing there, so to speak. He complains that supporters of the EES can’t do much more than offer what he disdainfully labels a “laundry list” of phenomena and concepts (phenotypic plasticity, epigenetic inheritance, evolvability, and so forth), a list that, he says, varies wildly from one author to another, and that at any rate certainly doesn’t amount to anything like a coherent theoretical framework.

There are a number of more or less obvious counter objections here. To begin with, to the best of my knowledge the “laundry list” is actually remarkably consistent across authors interested in the EES , although of course each scientist has her own preferences, dictated by her specific field of work (mine is plasticity, for instance).

Second, the Modern Synthesis itself was, in part, a “laundry list” of desiderata: there was the issue of reconciling the original Darwinism with the new Mendelism (that was done by Fisher, Haldane, and Wright, among others); there was the problem of paleontologists rejecting the concept of natural selection in favor of Lamarckian orthogenetic theories (taken care of by Simpson); there was the issue of how much variability could be found in natural populations (Dobzhansky); and that of how to think of species and speciation processes (Dobzhansky again, and Mayr); there was also the problem of bringing into the fold other branches of biology, like botany (Stebbins) and developmental biology (that one didn’t work); and then there was the stroke of genius to label the whole thing as if it actually were an organic enterprise instead of the piecemeal work that unfolded over the span of more than three decades (Huxley took care of that).

Third, and most strangely, Welch completely ignores the paper by Laland et al. (which came out in a prominent journal in 2015, plenty of time to be cited by him), which lays out very clearly what the overall conceptual scheme of the EES is at this point. That paper provides: i) a comparison of core assumptions of the two frameworks (Table 1); ii) a comparison of different interpretations of a number of biological phenomena according to each framework (Table 2); iii) a diagram of contrasting views of development (Figure 1); iv) a flowchart of the logical structure of the EES (Figure 2); and v) a comparison of different predictions made by the MS vs EES (Table 3). It is hardly a “laundry list.” (Moreover, the book I co-edited a few years ago with Gerd Müller, which Welch cites without engaging with it, provides a lot of in-depth content to the EES.)

The middle sections of Welch’s paper take a weird turn, discussing natural selection and adaptive functions as if somehow proponents of the EES had a problem with those concepts. But Welch has to make something up to explain what binds together supporters of the EES, since he has just dismissed the approach as incoherent. He oddly claims that: “The problems discussed above have no common thread, and they apply widely in evolutionary biology. However, they coalesce in a special way for one research programme: the study of adaptive function.” We are then treated to a long explanation of how biologists study adaptation that not only isn’t going to be any news to anyone, but hardly cites any of the supporters of the EES as complaining about it or rejecting it. He has to go and dig up a paper by Waddington from 1960, or citing a more recent one by Rose, who is then quoted out of context in a footnote.

Welch proceeds to mix up fringe ideas like that of Gaia with well-established ones, like self-organization (a phenomenon studied in physics, not just biology), labeling systems theory “a sort of mysticism,” and boldly claiming — with no evidence whatsoever — that critics of the MS suffer from anxieties in response to which they come up with “baseless” ideas that, however, have a “therapeutic” function.

It is only toward the end of his paper that Welch gets to some of the things that really bother him. To begin with, he seems to pre-empt a Planck-type statement by saying that “this sprawling ﬁeld could have no means of enforcing conformity to any of its tenets.” Which is odd, given that his own paper feels a lot like an attempt to enforce conformity, a feeling reinforced by a good number of blog posts by more or less prominent biologists who commented positively on Welch and sneered at the very idea of the EES, without engaging the arguments, needless to say. Welch becomes (unconsciously, I surmise) honest when he then writes: “This article makes no serious attempt to rebut any single criticism of evolutionary biology.” Indeed.

What he is interested in, instead, is to put forth “some speculation about extra-scientiﬁc motives, and this is always foolhardy and offensive. But it may be unavoidable.” Why would anyone want to “speculate” on other people’s motives, even at the cost of doing so in a foolhardy and offensive way, rather than simply ignore them or, better, engage them on scientific grounds?  Could it be that someone actually is in the business of enforcing conformity to the tenets of what he sees as the only acceptable framework for evolutionary biology?

From there on Welch’s paper becomes positively surreal. He again mentions Waddington, attempting to caste EES supporters as concerned in a “battle between non-moral materialism and the more mystical view of the universe.” This, in part, is because the ongoing EES project got funding from the John Templeton Foundation, which Welch claims “is committed to using science to reveal underlying purpose, and rejecting what Nagel [a philosopher, not a supporter of the EES] calls ‘the Materialist Neo-Darwinian Conception of Nature.’ But perhaps this is just history repeating itself as farce: if poetry couldn’t save us, nothing on the laundry lists will either.”

Let’s set aside the dripping sarcasm for a minute, or the fact that one of Welch’s sources about the motivation of EES supporters is a self-published booklet by independent “journalist” Suzan Mazur that reeks of paranoia and self-aggrandizing (see here for an analysis). As someone who was initially critical of Templeton, I think I may bring some degree of clarity to that aspect of the discussion.

There is no question that the Foundation has a broad agenda that leans toward the reconciliation of science and religion. That is what prompted my initial skepticism. However, the Templeton has been giving grants for many years now to lots of prominent scientists and philosophers, usually for research for which it was hard to find standard sources of funding. This has resulted in many high quality publications by said scientists and philosophers  (including on topics such as the origin of eukaryotic cells, the origin of life, cultural evolution, the evolution of cognition, the evolution of novel cell types, among a host of others). And I’m not aware of a single complaint about undue interference of Foundation employees in the research or editorial decisions of the grantees. Not one.

I have also sat on plenty of NSF (National Science Foundation) panels and know from the inside how funding of scientific research normally works. Generally, panelists do genuinely try to do their best to fund what they perceive are the best proposals. But they also quite obviously favor their own sub-field, and especially projects that appear to be safe bets. The three-year cycle of NSF grants, with a funding rate typically below 10%, is most definitely inimical to conceptual innovation. Not because NSF officers are particularly close minded, but because the dynamics of the system just work out that way. This opens up a niche, so to speak, for organizations like Templeton (and a number of other private foundations, both in the humanities and the sciences) to fund stuff that is more risky, that may or may not work out, and that certainly needs a time window longer than that of a typical NSF grant. This should be welcome news, not an occasion for mockery and disdain. After all, the current system of funding has evolved in such a way that the late George Williams, who was for a while my colleague at Stony Brook University, told me he would have never gotten funded or tenure in today’s climate. And George was one of the most influential biologists since Darwin.

I am more optimistic than Planck was, I think science makes progress even without (or before) funerals. And there certainly is a place for conservative and cautious voices, since the history of science tells us that many novel ideas eventually do not pan out. But the confrontation between the old and the new has to be fought on the battlegrounds of sound empirical research and compelling theoretical arguments , not on the basis of strawmen, red herrings, and a host of other logical fallacies of which Welch’s paper is a textbook example.

Massimo Pigliucci is the K.D. Irani Professor of Philosophy at the City College of New York. He is an evolutionary biologist and philosopher of science, with an interest in gene-environment interactions and the nature of evolutionary theory. He has published, among other books, Philosophy of Pseudoscience: Reconsidering the Demarcation Problem (Chicago Press). He blogs at platofootnote.org.